Search operation ahead of by-elections in Wangoi

Around 200 houses were searched at Yumnam Huidrom Makha Leikai and about 500 persons, including eight bailouts were verified. 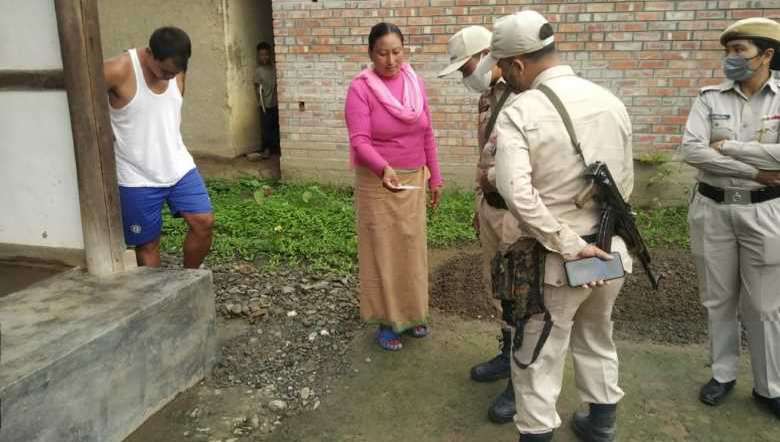 As a part of the preventive measures taken up by the Imphal West District Police ahead of the by-elections, house-to-house search operation and verification of bailout was conducted at various parts of Wangoi assembly constituency on Tuesday.

Police sources said around 200 houses were searched at Yumnam Huidrom Makha Leikai and about 500 persons, including eight bailouts were verified. Later, foot patrolling and area domination exercise were also carried out at vulnerable areas of Yumnam Huidrom and Wangoi.

Foot patrolling was also conducted late in the evening at vulnerable areas of Iram Siphai, Wangoi Kabui Khul and Wangoi Longjam Leikai. Some distilled indigenous country (DIC) liquor sellers and consumers were detained and some amount of DIC liquors seized at Wangoi, added the sources.