The AICC has approved four intending candidates for the coming by-election and for 30-Lilong AC, Md Azziul Haque Khan will file his nomination paper on Tuesday. 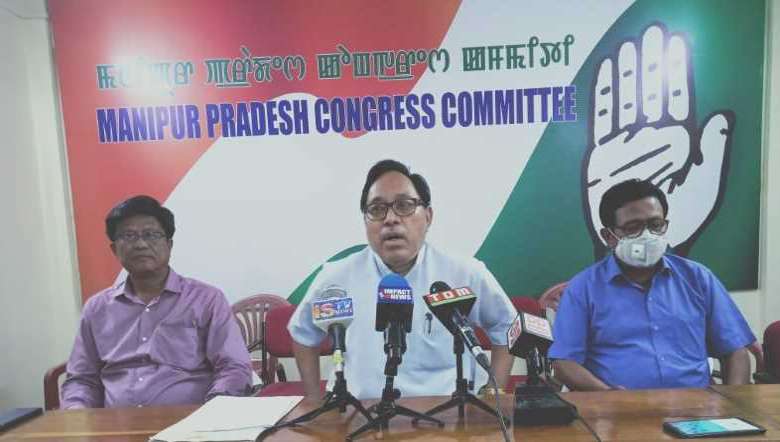 The Manipur Pradesh Congress Committee (MPCC) has said that it will intensify election campaign in all the assembly constituencies for the coming by-elections.

The MPCC said in a release that the party has decided to field Md Azziul Haque Khan to contest the by-election for 30-Lilong AC.

Massive election campaign has been launched for all the assembly constituencies namely 22-Wangoi, 30-Lilong, 34-Wangjing Tentha and 51-Saitu, it said.

It further stated that a joint meeting of INC workers of 40 polling stations of Wangoi assembly constituency was held at Snowland Complex, Samurou Naorem on Saturday.

During the meeting Congress candidate, Salam Joy expressed dissatisfaction over the non-distribution of ration cards to the National Food Security Act (NFSA) beneficiaries of Wangoi AC and assured the people to provide the benefits of NFSA after winning the election.

On Friday, house to house campaign was conducted in the areas of 22/1 Wakching Khulen (Govindgram), 22/2 Irom Meijrao Maning Leikai and 22/3 Irom Meijrao Mamang Leikai polling stations. The electors assured to support Joy in the by-election, it added.

The release further said that election campaign for Lilong AC has been intensified since Sunday and a joint meeting of block Congress committee was held on Sunday at Lilong BCC office in presence of Congress intending candidate Md Azziul Haque Khan.

It also pointed out that Lamtinthang Haokip has filed his nomination paper on Monday afternoon at DC office Kangpokpi for 51-Saitu assembly constituency. In his nomination speech, he promised a better change for Saitu.

It added that AICC already approved four intending candidates for the coming by-election and for 30-Lilong AC, Md Azziul Haque Khan will file his nomination paper on Tuesday.