The last date for the filing of nomination is Tuesday. 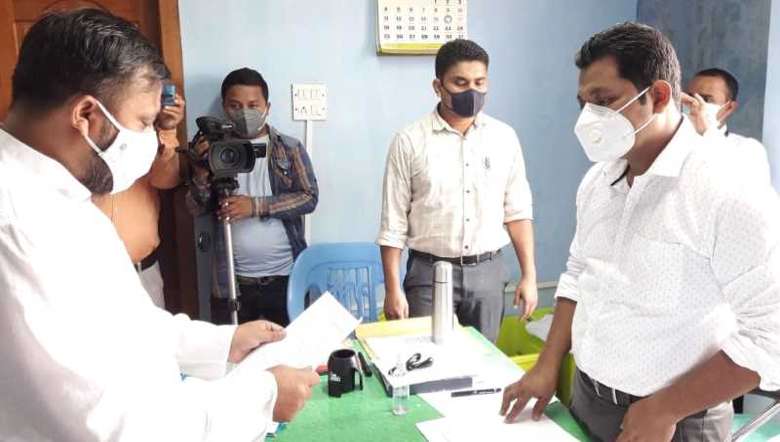 In all, 10 candidates belonging to different parties have filed nomination papers to their respective returning officers on Monday for the upcoming by-elections to five Assembly constituencies in the state.

Three candidates each from the ruling Bharatiya Janata Party (BJP), the Indian National Congress (INC), Independent and one National People’s Party (NPP) have filed their nomination papers till Monday. The last date for the filing of nomination is Tuesday.

For Wangoi constituency, BJP candidate and Agriculture Minister Oinam Lukhoi filed his nomination alongside Salam Joy of INC and Kh. Yaima of NPP.

Two candidates have filed their nomination papers for Singhat including former MLA and BJP candidate Ginsuanhau and an Independent candidate namely Chinglunthang.

Former INC legislator Md. Abdul Nasir, so far is the only one who had filed nomination paper for Lilong. The former Lilong MLA filed his nomination as an Independent candidate.

Altogether, 13 seats are lying vacant after the resignation and disqualifications of MLAs as fallout of a political crisis within the Government. Of the 13 vacant seats, the ECI had declared vacancies in only five constituencies as court case were pending in respect of the remaining constituencies. Subsequently, notification for the by-poll was issued on October 13. The by-elections will be held on November 7.