The practice of Commissioners acting as Vice Chancellors in Manipur University should end. 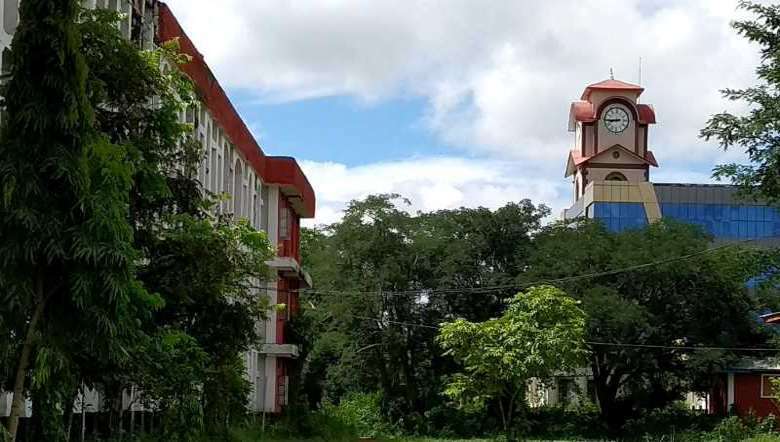 About two and half months ago, the process of appointment of a new Vice Chancellor for Manipur University was started following the dismissal of Professor Adya Prasad Pandey from the post of Vice-Chancellor on charges of his alleged involvement in administrative and financial irregularities. In an inquiry report, Prof Pandey was found indulging in financial and administrative irregularities, including misconduct, dereliction of duties, abuse of power and lack of commitment, causing great harm to the academic environment and bringing the university into disrepute, according to an order issued by the Government of India. Appointed as Vice-Chancellor of Manipur University on October 26, 2016, Pandey was placed under suspension in 2018 after violent protests erupted on campus, which led to the prolonged shutdown of the university.

The protest was launched by the Manipur University Students’ Union, later on joined by teachers and other staff members. In his absence, former Chief Secretary of Manipur Jarnail Singh has been serving as administrator of the University, following an order of the High Court of Manipur. Here again, there are several complaints of the retired bureaucrat going beyond his brief and making appointments to several posts including that of faculty positions. Jarnail Singh was heartily welcomed by the dominant group in the Manipur University community, as against the general attitude of academics whenever a non-academic is deputed to manage the affairs of a university. It must be that, their main demand of ousting Prof Pandey have been achieved and they did not care who came. So we say, let them stew in self-pity.

Anyway, let the appropriate forum decide on whether Jarnail Singh is acting beyond the mandate given to him or not. For the present, we are mainly concerned with the delay in appointment of a new Vice Chancellor for Manipur University. New Vice Chancellors of other Central Universities including that of Tripura University have already been appointed and the process of appointment of these universities were started around the same time Manipur University’s was started. We have been made to understand that the Search Committee had already shortlisted a few Professors including a few from the University itself and had interviewed them about two months back.

Whether really deserving candidates were also called for the interview or not is another matter.

What we are really concerned here is the unexplained delay in the appointment. The qualifications for a VC were for the first time laid down by the UGC in 2010. As per this, a VC should be a distinguished academician with 10 years’ experience as a professor, and should have impeccable integrity and morals. Is it because of lack of proven record of integrity and morals among the shortlisted and interviewed candidates, that the appointment is being held up or for some other extraneous political pressure? Of course, the Sangh office in Imphal had become a pilgrimage centre for aspirants of the coveted post in recent times.

We want to raise another question regarding appointment of other heads of institutions in the state. Besides Manipur University, we now have the Central Agriculture University, Dhanamanjuri University, Manipur Technical University, National Institute of Technology (NIT), Institute of Bio-Resources and Development (IBSD) and Manipur University of Culture. Of these institutions, a new Vice Chancellor from outside the state has been recently appointed for the Central Agriculture University, Iroisemba while Dhanamanjuri (DM) University and University of Culture is at present managed by the heads of the administrative departments of the government. Rather than a stop gap arrangement, this is becoming more of a norm in the recent past. Heading a University is not all about having the required administrative experience, but more of providing academic leadership to the institutions. So, the practice of Commissioners acting as Vice Chancellors should end once for all and process for appointment of regular VCs should be immediately initiated for the overall development of the said institutions.