Villagers have to carry heavy rice bags on their backs and walk home through the forest as the connecting road linking Kahulong and Bamgaijang in Tamenglong district of Manipur remains damaged and cut off for over five months. 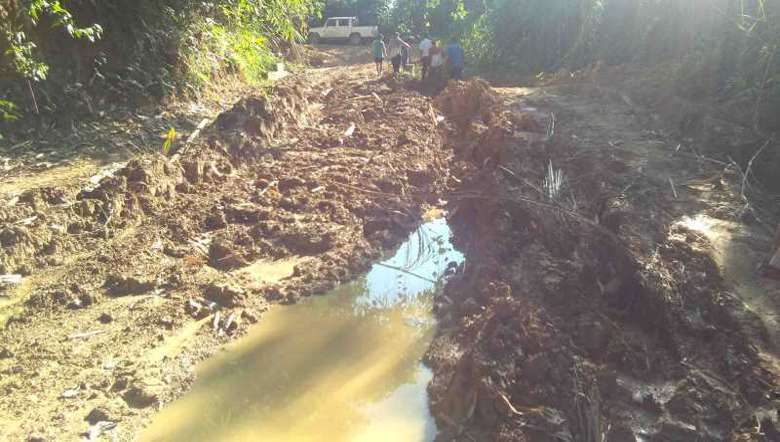 Why major government projects in Tamenglong district often remain incomplete and left in dismal condition is a question seldom asked by the people in the region. However, the long sufferings have prompted the people of 10 villages in the hilly and richly forested district to raise their voice. Their voice grew louder as villagers have to carry heavy rice bags on their backs and walk home through the forest as the connecting road remain damaged. Pained by the trouble, they asked why the authority concerned has not ensured timely completion of road construction over an 18 km stretch from Kahulong to Bamgaijang. Why people in these areas are made to distribute rice under the Pradhan Mantri Garib Kalyan Ann Yojana (PMGKAY) and the National Food Security Act (NFSA), 2013 to the villagers in the middle of the forest about 10 km distance from their villages.

“If the contractor is really concerned for the people rather than money, people would not have to put 50 kg rice bag on their backs and walk 10 km home,” the Chaengdai Namjuan Road development committee said.

A joint inspection by the village development committee and media persons was carried out along the 18 km road construction under the Pradhan Mantri Gram Sadak Yojana (PMGSY), Tamenglong-Khongsang road to Bamgaijang village.

During the inspection it was found that many ring culvert wings were washed away by flood water, some ring culverts were not properly joined, road widening is not done, drainage construction is left incomplete, no border wall is laid, soft soil filled the sinking road and the road is left in a deplorable condition. Frequent landslides blocked the drainage. Some landslide occurred downhill. However, no retaining wall is being constructed. Moreover, no machinery could be seen or labour was found working during the inspection. 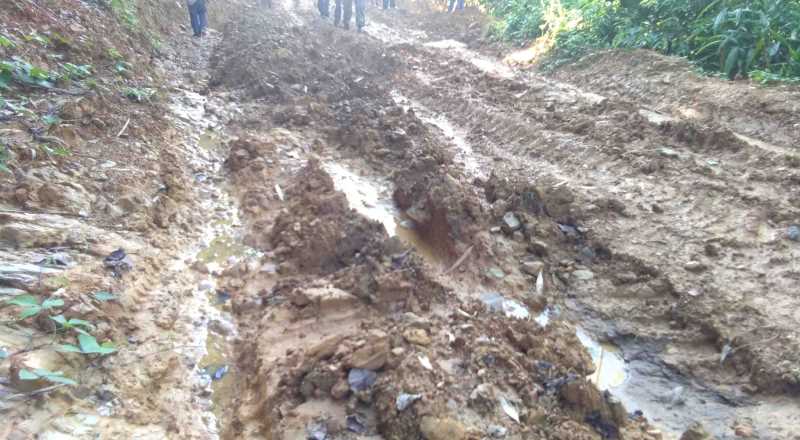 Speaking exclusively to the Imphal Free Press after the inspection, Chaengdai Village Authority secretary Khiuluwang said that the 18-km distance from Tamenglong-Khongsang (Kahulong village) to Bamgaijang was earlier an all-weather road and vehicles were plying. However, with the beginning of the PMGSY work since August 23, 2019, the 18 km stretch of road turned into a nightmare.

Khiuluwang said that it has been over five months since vehicles stopped plying from Kahulong to Bamgaijang village due to the deplorable road condition.

The secretary told IFP that the relief rice under the Pradhan Mantri Garib Kalyan Ann Yojana (PMGKAY) and under the National Food Security Act, 2013 was distributed to the villagers five times in the forest at a distance of 10 km from their village as the vehicle carrying the rice could not reach the village. 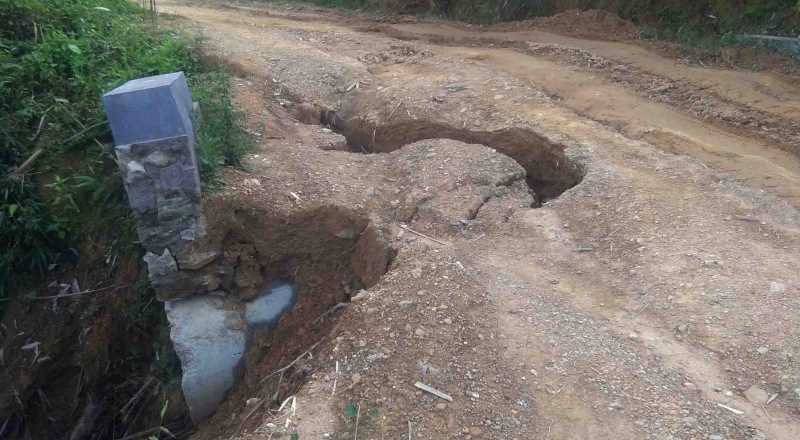 A tourist vehicle and other properties are still stationed at Ramlalong village due to the deplorable road condition, he added.

It may be mentioned that Tamenglong-Khongsang road to Bamgaijang village (18 km) is the shortest road link to the Barak waterfall and Zeilad Lake, the most famous tourist attractions in the district. 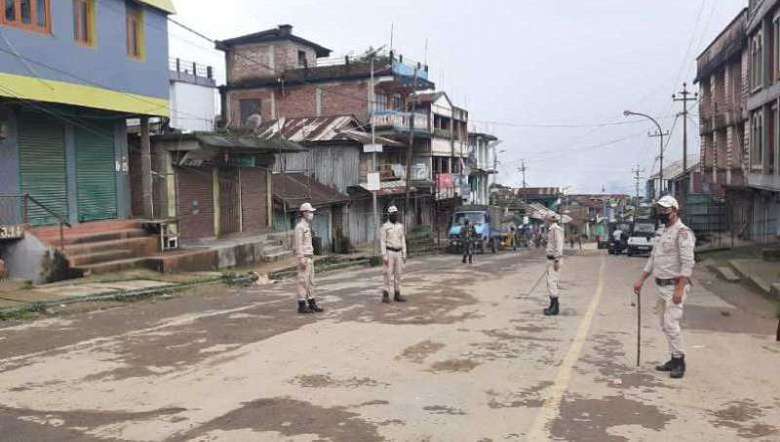