In connection with the upcoming by-election, Thoubal District Police continue to seize DIC liquors in the district. 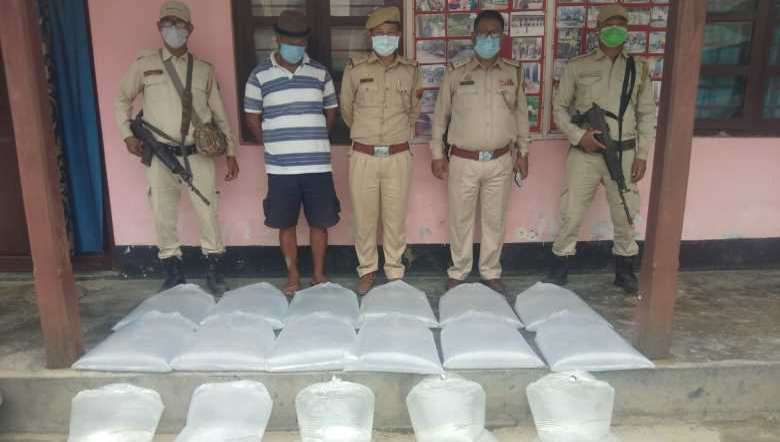 As preventive measures in connection with the upcoming by-election, Thoubal District Police continue to seize DIC liquors in the district. As per police sources, a team of Thoubal police station seized large quantities of DIC liquor on Friday at around 8:15 am from the house of one Akoijam Shamu, 55, son of (Late) Ak Amu of Thoubal  Ngongangkhong Maning Leikai. The police team was led by SI Ksh Gyaneshor under the supervision of SP of Thoubal, S Ibomcha. A total of 400 litres of DIC liquor were recovered by the police team, it added. It further informed that the picked up individual along with the seized DIC liquors have been handed over to Excise Thoubal for taking further necessary action.