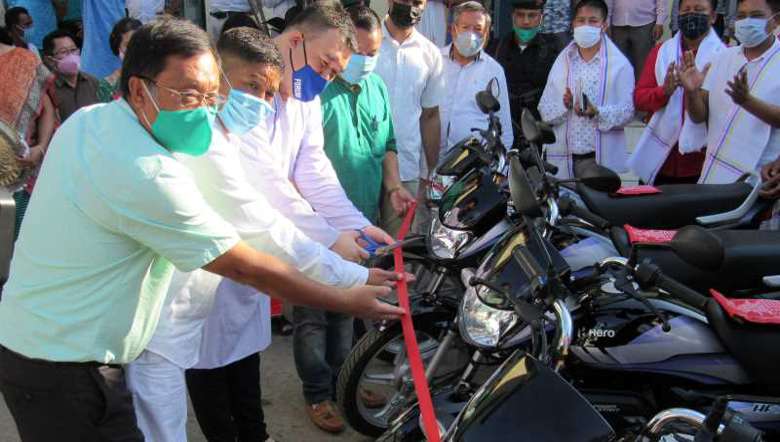 MAHUD and Social Welfare Minister Okram Henry on Friday distributed four motor bikes to Imphal Municipal Corporation (IMC) for use in patrolling the municipal area to check illegal disposal of wastes. The minister distributed the bikes during his reception ceremony held at GM Hall, Imphal.

It may be mentioned that Imphal Municipal Corporation (IMC) mayor L Lokeshor had told media earlier that persons found disposing wastes carelessly will be punished. The step was taken by IMC to help Imphal become a clean city. 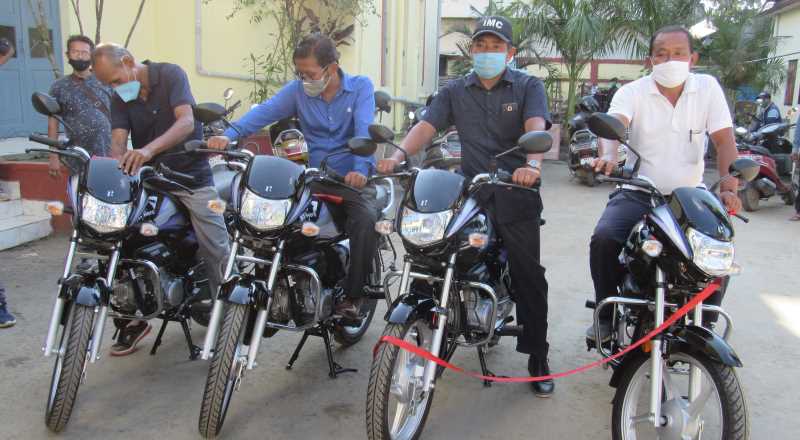 The minister also sought cooperation from the IMC including public to make Imphal the cleanest city in the country.

IMC Mayor L Lokeshor expressed gratitude to the government for giving approval to start collection of property tax. He also urged the government to give full-fledged power to IMC in order to perform its duties effectively.