Joy stressed that it is a must to give proper nutritious food to the children till they attain three years. 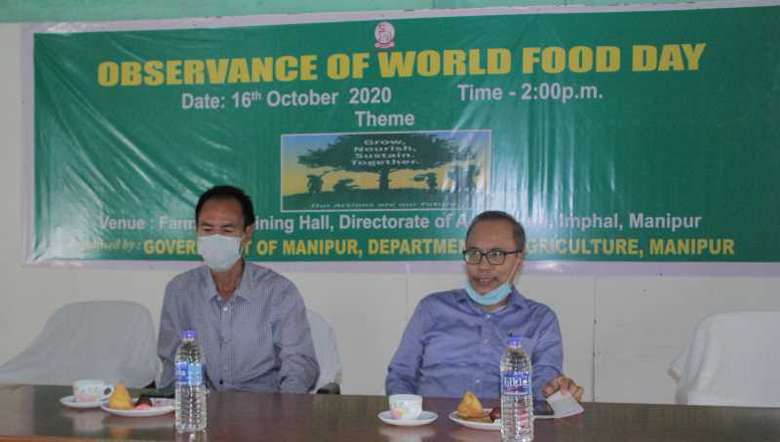 Reducing the poverty rate and production of abundant sustainable and different varieties of crops suiting the soil of the state can definitely help in reducing malnutrition among children, said commissioner, department of Agriculture, M Joy Singh on Friday.

Joy Singh was speaking as the chief guest during the observation of World Food Day at agriculture office, Sanjenthong, Imphal.

In his speech, Joy stressed that it is a must to give proper nutritious food to the children till they attain three years. However, due to poverty many children are deprived of essential nutritious food, he said.

As such, the government as well as NGOs should give priority to reduce the poverty rate so that every child can have nutritious foods, he stated adding that malnutrition will exist if there is poverty.

Joy further said that people in the state should also contribute and take part in successful implementation of various schemes taken up by the department for a better future.

Noting that an agreement to reduce malnutrition by 2030 had been signed among 193 countries, he said all stakeholders should equally play their part to achieve the objective.

Besides the role played by the health department and the social welfare department, the agriculture department also has an immense role to reduce malnutrition in the state, Joy said, adding that consuming healthy and nutritious foods during the pandemic will boost the immune system of the people to fight the virus.