The bitter reality remains that neither remuneration (in cash or kind) nor dignified existence is a bit related to hard sincere dedicated service and work ethics. 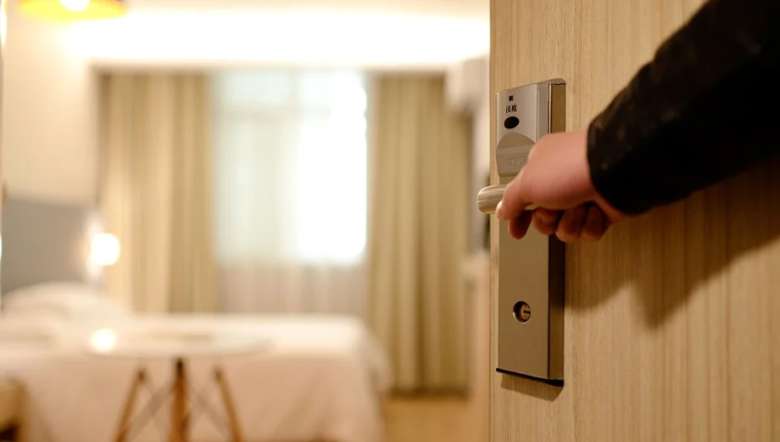 So as to enjoy a relaxed hassle-free holiday and also for boosting a bit of security, invariably do I undertake tour with a particular travel organisation. I have travelled with them in various destinations in last 12 years totalling about several days/nights.

Let's take a single day as a sample.

Woke up on response to hotel calling bell in verge of dawn in very cold Dirang, Arunachal Pradesh. Two boys of the cooking unit (aged 20-25) are waiting with morning tea with all possible combinations (milk and sugar, neither milk nor sugar, milk but no sugar, sugar but no milk)! Following all "duties" at bathroom, the touring group (average heads:- 30-60) walk to the eating arena for refreshing fulfilling breakfast. Thereupon starts the upward journey towards far-distant Tawang. On the way full-fledged hot lunch gets served in any make-shift shelter by the cooks-cum-assistants(numbering 4) after heating the items brought cooked from Dirang hotel. Reached the high-altitude Tawang  in a chilly rain-swept dark evening. The tourists simply take entry in warm comforts of allotted rooms. Within half an hour, the cooking unit serve tea and some fries. And sharp at 9 pm, dinner comprising of various items are absolutely ready for us to savor so as to hit the bed and blanket on schedule.

This is the routine throughout all tours; just destination might change to Kathmandu Thimphu or Gangtok. But how does this magic or clock-like precision happen in a consistent basis? Just due to the supreme work ethics, Himalayan workload, discipline and accountability of the cooking and serving unit. Day in and day out they wake up much much before dawn(often in freezing conditions) to prepare our morning tea, breakfast, lunch to be served on the way. And immediately after reaching the destination after a long hectic journey, promptly do these unsung fellows go straight to the kitchen to prepare our snacks tea and therafter dinner.

So many a times my conscience used to ask me whether I am exploiting these  boys of poor rural background who have nothing better or comforting to do? But why should I take the moral blame? I have paid my honest money to the tourism organisation for a relaxing holiday and I am surely entitled to these privileges! And it is the headache or responsibility on the part of the company how many persons they would employ or through which mode they would render service to us! And isn't it the hard fact that just because tourists exist, these tour organisations exist and by virtue of it, these boys of poor "uneducated" background find an avenue to survive in this world! So all is OK and I felt much better.

During our Arunachal-bound journey, our first night stay was at a Guwahati hotel. Though not any star property; yet that Manipuri-themed hotel, named Siroy Lily, was definitely a top end one in middle class standards. A very clean well-furnished beautiful hotel with spacious AC rooms. But on our return leg, the last night was spent in Bhalukpong. After lunch, we drove straight to Guwahati railway station in late evening to board Kolkata-bound train at 10 pm. The boys went to pick up our packed dinner from a restaurant. And thereafter their duties would finish. Now they would not return with the tourist party and the manager. Rather they would stay back at Guwahati as the next Arunachal-bound tourist group are scheduled to reach the city after 36 hours. That means these hardworking humble boys would get at least a much deserved 2 night rest in Guwahati! Nice. Along with this pleasure or consolation, I was even envying them a bit also! While our tired bodies(following almost a fortnight tour negotiating tough terrain and adverse climate) would have to undertake another 20-hour journey to Kolkata in non-AC compartments, these boys would just return to that exquisite Guwahati Hotel within an hour and have a sound sleep in AC comfort!

But what a fool I was indeed ! Why will they be put up in that Manipuri-themed hotel! Whatever be their contribution; at the end of the day, aren't they mere "manual labourers"! Yes they can gain entry in high-end hotels and get a large nice room to be collectively shared with the manager; but only when the touring party is in so as to serve them meticulously right from dawn to night! But how can they expect such luxury only for themselves? So I overheard that they would stay in another hotel for 2 nights. Obviously it would be in an ordinary room of a low-cost Hotel, huddled together!

As I was sitting beside the window of the train originating from Guwahati with dinner packet in hand, I noticed the four silent-worker angels slowly walking towards the overbridge for their non-descript accommodation so as to prepare for another 12 day back-breaking "smiling" toil after just 36 hours! I don't know about my conscience; but with a deep sigh, I perceived that definitely their lies something wrong somewhere. And despite deluge of zealous rhetoric, the bitter reality remains that neither remuneration (in cash or kind) nor dignified existence is a bit related to hard sincere dedicated service and work ethics. Perhaps bagful of money, "bright" academic degrees, glamorous posts and powerful chairs deliver the final say or last talk in this scandalously class-conscious society!