It is but too much or hasty for Assam’s Himanta Biswa Sharma to speak of a consensus among all the North Eastern states regarding an honourable solution on the Naga peace issue. 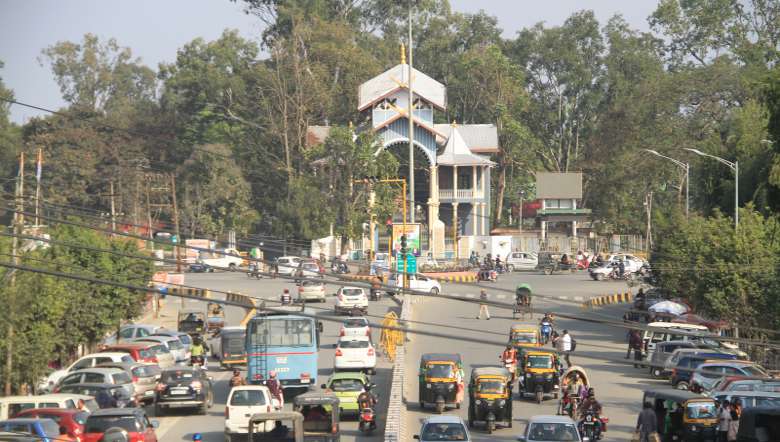 Himanta Biswa Sharma of Assam seems to think he is the BJP strongman of Northeast India as he was delegated to broker peace between a sulking NSCN (IM) and the Government of India over the protracted Naga peace talks and he is openly advising Thuingaleng Muivah to sign the so-called honourable solution ‘that goes along with the unique history and traditions of the Naga society’ as worked out by the Government of India. To some, he might sound like an eager beaver harping the Government of India’s position on the present status of the Naga peace talks trying to push a resolution of the protracted Naga issue, while some sections are also pushing for a peace accord without the NSCN (IM). Nagaland Governor and the GOI interlocutor RN Ravi has in recent times successfully divided the Naga society with regard to the age-old issue of Naga insurgency or for that matter has successfully isolated the Tangkhul Nagas of Manipur from the mainstream Nagas of Nagaland state. While the Muivah-led group is going for the jugular of RN Ravi, the Naga National Political Groups (NNPG), a conglomerate of the other Naga underground factions are openly supporting RN Ravi and leaving out NSCN (I-M) in the signing of the peace accord if it continues to press its ‘impossible’ demands.

So far, the stated ‘impossible’ demands of the NSCN (I-M) is the Naga Flag and the Naga Constitution while the (publicly) unstated demand is some sort of arrangement for the Nagas of Manipur who had been in recent times disowned by the mainstream Nagas as in the past. It is an open secret that, the mainland Nagas has been resenting the dominance of Manipuri Nagas more particularly the Tangkhuls in the Naga underground heirachy all along. But, as a drowning man grabs at even straws it is rumoured that NSCN (I-M) is pressing for clubbing together of the Autonomous District Councils dominated by Nagas in Manipur into some sort of Territorial Council and separate funds earmarked for them. Whether such an arrangement would be acceptable to the Kukis or the Meiteis is another thing, but it would certainly be like creating a state within a state and it would be vociferously opposed by the Kuki and Meitei civil society groups. It may even lead to civil war of sorts, which the Government of India might find it difficult to control.

In this context, it is but too much or hasty for Assam’s Himanta Biswa Sharma to speak of a consensus among all the North Eastern states regarding an honourable solution on the Naga peace issue. He might have been delegated by the powerful Union Home Minister Amit Shah along with Nagaland Chief Minister Neiphio Rio to bring around NSCM (IM) to the negotiating table again. But, it does not give him the option to speak on behalf of the entire North eastern region with regard to the Naga solution. He may be the powerful Convenor of the BJP led North-East Democratic Alliance (NEDA), but in such matters as that of the Naga peace process, he should speak only for the state of Assam, a small part of which Thuingaleng Muivah is laying claim to as part of his dream of Greater Nagaland. Muivah also lays claim to two districts in Arunachal Pradesh, but the major chunk is in the state of Manipur.

So clearly, Himanta Biswa Sharma has no business in talking about Government of India taking into confidence all the North Easterm states regarding the Naga solution. He should be talking about, is Assam ready to surrender the territory as claimed by Thuingaleng Muivah. But, please do not talk about either Manipur or Arunachal Pradesh unless you have an understanding with Chief Ministers N Biren Singh and Pema Khandu.