Manipur to compound punishment for drug business through new ordinance

Minister Th Biswajit said that the ordinance will be passed to strengthen the Narcotics Drugs and Psychotropic Substances (ND&PS) Rules in the state so that the ‘war against drugs’ by the state government becomes more effective. 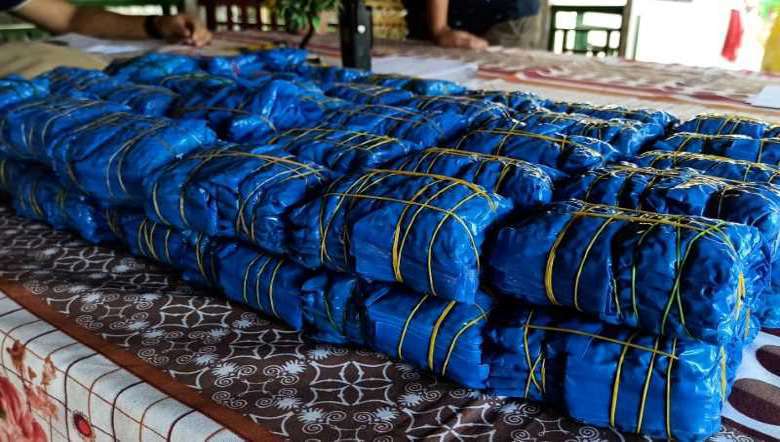 The Manipur cabinet on Thursday decided to pass an ordinance that will reward punishment of a fine of Rs 1 lakh and two-four years of jail term for people involved in drug business.

Government spokesperson Minister Th Biswajit said that the ordinance will be passed to strengthen the Narcotics Drugs and Psychotropic Substances (ND&PS) Rules in the state so that the ‘war against drugs’ by the state government becomes more effective.

As per the wishes of the people, the government deliberated on how to root out the drug menace in the state and to keep away the youths from drugs.

Earlier, people doing drug business were made to pay a fine of Rs 10,000 and served a jail term of one year. However, according to the new ordinance, the punishment for drug business will be compounded and a fine of Rs one lakh will be collected besides sending to prison for at least two to four years, the minister said.

Bishwajit further stated that the move was made as the government understand that people were not satisfied with how drug peddlers were released after collecting fine on the basis of the quantity of drugs they carried.

Biswajit maintained that the cabinet on Thursday also decided to depute senior doctors in Covid Care Centres so that the way in which COVID patients are looked after may be improved. Besides, it was also decided that the functioning of the centres will also be managed by a two-member committee of IAS officers and look after the needs directly, he added.

While saying that the government alone cannot fight the pandemic, he appealed to the people to strictly follow SOPs and guidelines.

The minister further told that the cabinet also deliberated on improving administration in the seven newly created districts and agreed to designate respective DCs as District Programme Coordinator for various schemes including RD and PR. He also expressed confidence that this will enable the people to get the benefits of the various schemes taken up by the government.

Saying that the cabinet also decided to upgrade Moirangpurel PHC in Imphal East to a CHC, he stated that it was also agreed to create new posts and to depute required staff in the health centre.

Biswajit went on to say that medicinal and aromatic plants will be planted in the land measuring 74.36 acres procured by the government in 82-Itham Village in Imphal East for the purpose and utilised it to produce medicinal and aromatic oil. This will boost the state economy in addition to putting the state’s resources to proper use, he stated.

For an efficient administration, the cabinet decided to create a new SDC circle in at Thawai Village, Phungyar Sub Division, Kamjong district and another at Phaitol village, Tamei Sub Division, Tamenglong district, the minister added.

It was also agreed to establish Manipur Corporate Social Responsibility Society under the industry department, the minister said and continued that the society will ensure that two per cent of annual income of companies goes to the state for welfare of the people.

The committee formed for procuring land in Thanlon Sub Division, Pherzawl district for construction of helipad was also approved by the cabinet, added the minister.