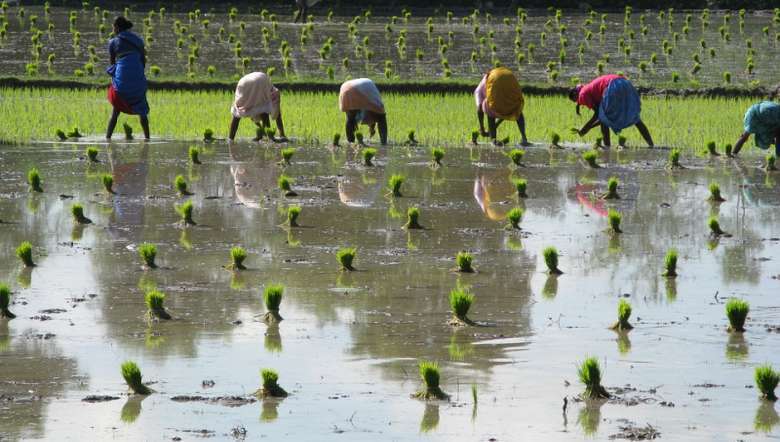 Speaking at the programme, a woman farmer from Taothong Ayungba, N Sinthangambi, who was also felicitated among others during the programme, lamented that women are usually paid less than man when it comes to agricultural works.

“From many years, women of the state has been playing an important role in carrying out agricultural activities. But instead of recognising their role, wages for women are most of the time less compared to men till date,” she stated.

She said that being a woman farmer, she feels proud of with the coming of Rashtriya Mahila Kisan Diwas. “I think every women farmers should not feel embarrassed to declare their identity as farmers,” she added.

She contended that the role of women in the agricultural sector to feed the country has not been given the deserved acknowledgement for many years.

“Nevertheless, the Government of India has recognised our contribution by realising the significance of women in promoting agricultural sector as it started observing this day since 2016,” said Sinthangambi.

Speaking as the chief guest of the function, district agriculture officer of Imphal West Karam Kullabidhu Singh said that agriculture is the mainstay of India and the government of India has been trying to maximise the funds for this sector.

Besides, many welfare schemes and policies for the farmers are being implemented from time to time. The department is also putting efforts so that benefits of such welfare scheme reaches the real farmers, he said.

“Many women in the state are equally contributing like man in agricultural works. Acknowledging their service and dedication in developing the agricultural sector is a must,” he said adding that the department will extend every possible support in terms of distributing seeds, fertilisers among others.