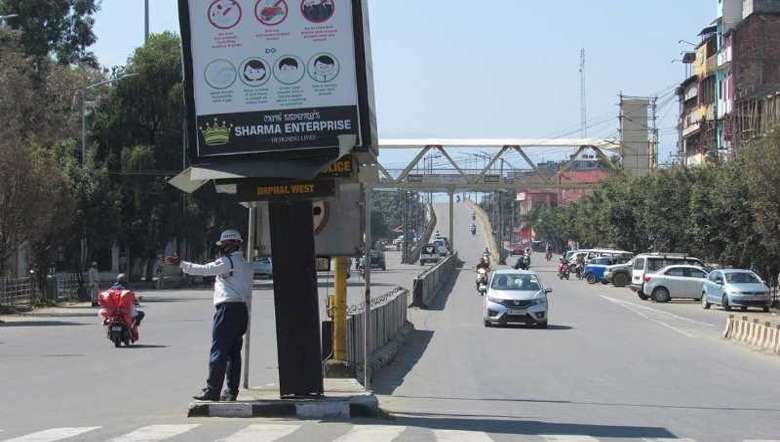 Unlike the previous general strike conducted every October 15 against the merger of Manipur with India declared by the Union government, Thursday’s general strike called by various proscribed organizations in the state partially affected Imphal valley.

With an appeal to the people in Manipur to observe the National Black Day on October 15, the proscribed organisations - the Alliance for Social Unity (ASUK) and the United People’s Revolutionary Front of Manipur (UPRFM) called for general strike, while the Coordinating Committee (CorCOM) called for statewide total shutdown.

“Without the consent of the Council of ministers elected by the people of Manipur (Kangleipak) and the people, India which claims itself to be a democracy, in the most undemocratic manner, coerced the then King to sign the already drafted Merger Agreement on September 21, 1949,” CorCom stated in its release of shutdown call issued on October 10.

However, unlike the previous year, this year’s general strike partially affected Imphal city though most of the shops and markets in Paona and Thangal bazaar were shut down. In other surrounding small markets some women vendors were seen selling vegetables though in small number.

Small shops in local streets of the Imphal municipal areas, including meat shops, were opened as usual but no government employees were seen in offices.

In an interaction with a local meat shop owner with the Imphal Free Press, there is more profit during general strike and bandh as there tend to be more customers on such days as they stay off work.

One of the customers toldIFP in continuation of the interaction that apart from government holidays bandh and general strike, most of the people take advantage of such days for re-union with a small feast.

One of the traffic police personnel, who was on duty at Kangla western gate, told the IFP that the partial response may be due to the long period of lockdown due to COVID-19.

One local shopkeeper in Imphal municipal area toldIFP in another interaction that “as the general strike is called by some rebel groups I am also afraid to open the shop but I also have to feed my family by running the shop. More than seven months lockdown due to COVID-19 has affected my business, so I have to take the risk.”

Primary health centers and pharmacies were seen open but no commercial service vehicles and inter district transports were seen in the streets and all the oil pumps were shut down except for the petrol and diesel black marketers.

No news of unwanted incidents has been reported during the general strike in the state.

The three proscribed organisations call the strike with different duration which will be concluded in the evening.The CorCom called for a 12-hour shutdown from 6 am to 6 pm on October 15 throughout the state. It had appealed to the people to cease all forms of businesses, departmental works, and movement during the total shutdown to observe ‘National Black Day’ against the annexation of Manipur by India.