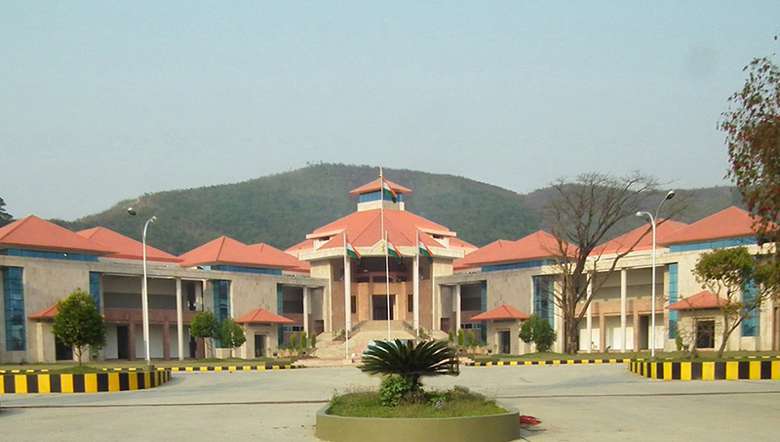 The Manipur High Court on Wednesday directed the state government to constitute a committee within a week to verify the genuineness of the hardship being faced by All Manipur School Student Transporter Association (AMSSTA).

The directive was issued by a single bench of Justice Kh Nobin, in connection with a petition filed by AMSSTA seeking financial assistance from the state government by way of interest free loan upto Rs.2 lakhs to each of its members.

The court order that the committee shall submit the enquiry report to the state government within a month from the expiry of a week as mentioned in the above direction.

Considering the report submitted by the committee the state government should take an appropriate decision for providing financial help to them within a month from the expiry of a month as mentioned in direction above, said the order.

“If necessary, the state government may approach the central government for grant of a financial package so that it can extend help to them, at least, on humanitarian grounds,” said the HC order.

The petition filed by the association stated that the work for transportation of students in schools has come to a grinding halt due to lockdown imposed by the central and state Government as a measure to contain and combat the spread of COVID-19.

As such, the members of the association have become jobless and they do require financial assistance, stating that it said many of them do not have any good savings and are dependent on their income which comes from the monthly transportation fees.

“Their financial position is very acute and precarious since the schools have been closed for more than five months. The prolonged closure of the schools in Manipur has resulted in the deprivation of their only source of income,” said the transporters in the petition.

The petition also stated that the association has submitted a number of representations to the chief minister and former education minister for providing assistance to its members but no action has been taken to date.

“In other words, unless the requirement is felt by the National and State Executive Committee and District Authorities, it does not mandate the state government to provide assistance,” said the affidavit.

The court disposed of the writ petition by giving the above directions to the state government.