Nagas shall continue to stand its ground on flag and Constitution issues: NSCN(I-M) chairman

The NSCN (I-M) chairman Q Tuccu said that Naga people cannot be lured into accepting "highly attractive economic packages" at the expense of “our exalted position with sovereign rights”. 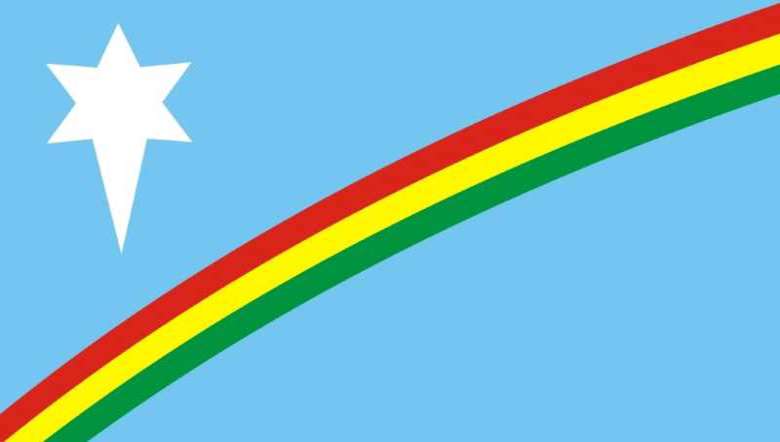 Urging “Naga sons and daughters” to continue giving their concerted efforts till “our rightful political destination is reached sooner than later”, NSCN(I-M) chairman Q Tuccu said on Tuesday, “We strongly detest any kind of piecemeal solution, short of Naga National Flag and Yehzabo (Naga constitution). The NSCN(I-M) chairman added, “We have stood our ground on these two non-negotiable issues and we shall continue to stand till the last man standing”.

In a press statement, Q Tuccu said that the NSCN(I-M)’s stand is clear enough before the Naga people. He also said the NSCN(I-M) will be failing before God and before the Naga people if “we stumble at this most decisive moment of our history”. The NSCN(I-M) chairman further said Naga people cannot be lured into accepting highly attractive economic packages at the expense of “our exalted position with sovereign rights”. He added, “We have to prove our worth as Nagas by upholding our flag and yehzabo”.

Q Tuccu then said the complexity of the Indo-Naga political talks has taken more than twenty three years. “We have endured the travail with mutual understanding and commitment. Thus, the Government of India and NSCN reached this far, at the threshold of striking the final deal. But the road to the final deal has become ticklish as the sensitive issue of Naga Flag and Yehzabo (Naga Constitution) remains as the sticking point”, the NSCN(I-M) leader also said. “For the Naga people these two issues stand tall because they symbolize our political and national rights”, he stated. The Government of India knows the political significance of these issues for the Naga people but comes short of giving official recognition to be made a part of the final agreement, Q Tuccu also said. “This is the crux of the ongoing Indo-Naga political talks and the reason why the going gets tough, leaving the NSCN negotiators with no option but to act tough”, the NSCN(I-M) chairman added.

He then said the Naga people cannot afford to forget the political blunders of the 16-Point Agreement and Shillong Accord. “We cannot allow such agreements to repeat and flatter us again. We cannot be blinded to go by the ghost of another Naga People’s Convention (NPC) that sold out our political rights and history,” Tuccu also said. He added that it will be an abhorrent act if “we knowingly go against our history and political rights for which nearly 3 lakh Nagas have given their lives”. He further said, “One wrong step taken at this decisive stage is enough to make ourselves a laughing stock before the world”.

He then said “we cannot forget the achievements made by our great leaders like late AZ Phizo, late Isak Chishi Swu, late Khodao Yanthan, late Gen Kholi Konyak, Th Muivah, present NSCN general secretary and others”. He added, “We should uphold their ideals and political dreams. We should honour them and not let them down at this turning point of history”.

Tuccu then said the people of Israel during the hard journey towards the promised land of Canaan stood the test of time under the leadership of Moses who steered his people not to waver and grumble but to trust in God. “Today, the same God of Moses will deliver us, and the flag and the constitution should be with us to glorify His name”, he added.

Tuccu then said the milestones of Naga history beginning from the formation of the Naga Club in 1918 should be given a conclusive political meaning in “our time”. He further said Naga National Council (NNC) was formed in 1946 as a political platform for the Naga nation. He also said Naga people under this platform asserted their political identity by declaring Naga Independence on August 14, 1947 and cabled the message to the United Nations Organisation (UNO) and to all the embassies in New Delhi and to the Government of India. Few years later, on May 16, 1951 plebiscite was conducted where 99.9% voted for the sovereign Naga Independent nation, he also said. Since then “we have never turned back but in the process we paid a heavy price defending our God given rights,” he added.

Following the Indo-Naga political talks that followed after the declaration of second Indo-Naga ceasefire in 1997 “we achieved another milestone when the uniqueness of Naga history and situation was given official recognition by the Government of India on July 11, 2002,” the NSCN(I-M) leader said. Nagas are sovereign people from time immemorial, Tuccu also said. They have never been a part of Indian Union or that of Burma (Myammar), he further stated. “It was on this basis that the Indo-Naga political talk was guided and ultimately took us to signing the historic Framework Agreement of the 3rd August, 2015”.

Q Tuccu then said, “Our joint struggle with Naga people from all walks of life including civil societies, churches, bureaucrats, politicians etc. for over seven decades to live in dignity and peace should be given a new meaning. It is now or never”.