Locals, including women folks of Seijang area, staged a sit-in-protest at Seijang ground demanding an amicable and immediate solution to the issue. 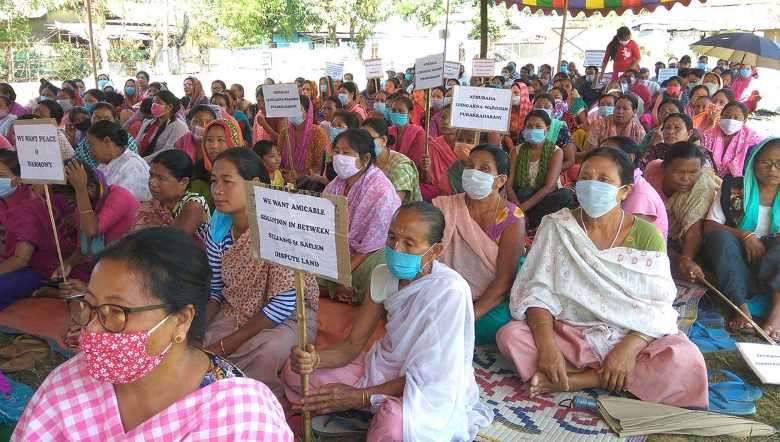 Seijang Development Committee has sought government attention to bring an amicable solution in the land dispute between Seijang and Sailen village that has lasted for 53 years.
Speaking to the media at community hall of Seijang, Imphal East on Monday, general secretary of Seijang Development Committee, Leishungbam Subhash said that the government has imposed CrPC 144 in the disputed land between Seijang and Sailen since the last 53 years.
“Though there is a court case in connection with the disputed land, some people from Sailen started constructing houses and others in the disputed land area,” he said.
“The government failing to bring an amicable solution regarding the land dispute may lead to unwanted incidents similar with the 2013 incident in which some houses constructed within the disputed area were burnt down,” he cautioned. He urged the government and authority concerned to avoid unwanted incidents in the future.
Meanwhile, locals including women folks of Seijang area staged a sit-in-protest at Seijang ground demanding an amicable solution to the issue immediately.