During winter, there is a tendency of overcrowding in residential dwellings which may increase transmission. So in Indian context, it would not be wrong to assume that the winter season may see an increase in the number of cases. 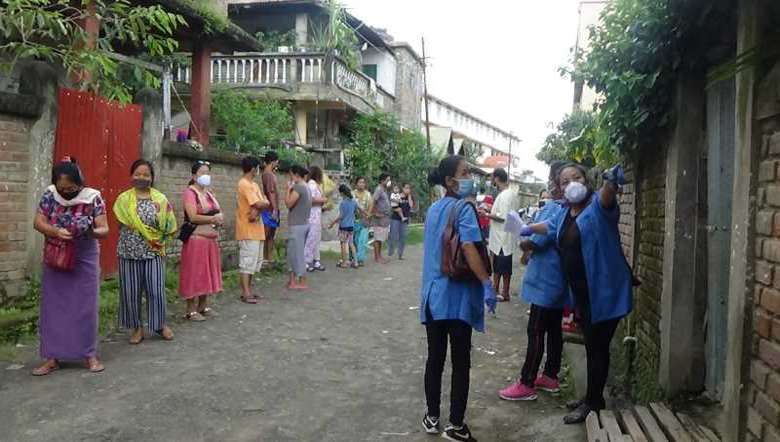 Union Health Minister Dr Harsh Vardhan has indicated that come winter, the country might see an increase in number of positive cases. In a weekly interaction programme, he has said that SARS Cov 2 is a respiratory virus and the transmission of respiratory viruses is known to increase during the colder weather. Respiratory viruses thrive better in cold weather and low humidity conditions. There is another fact that needs to be kept in mind. During winter, there is a tendency of overcrowding in residential dwellings which may increase transmission. So in Indian context, it would not be wrong to assume that the winter season may see an increase in the number of cases. The minister also cited the examples of the European countries, especially the United Kingdom, where the number of infections has gone up with the advent of winter. According to modelling done by the Academy of Medical Sciences, UK, the winter may be an extremely challenging. It has predicted a peak in hospital admissions and deaths in January/February 2021.

It would be the same here in India also. Normally, winter makes its presence felt in the month of October. But, with climate change factoring in recent years winter is yet to arrive and the heat is still harsh and too suffocating to bear. The salubrious climate as frequently advertised in government booklets and literature is no longer there in Manipur. The winter is also harsh and extremely cold in recent times, although shorter in duration. But, it is still the time when the elderly and sick leaves the world for eternity. Come winter, the number of people getting infected and dying will increase as indicated by the Union Minister.

Prime Minister Narendra Modi recently launched a Jan Andolan, appealing to the general public not to be bogged down by fear but to take adequate precautions and safety measures. Maintaining hand hygiene and using masks is still the mantra of safety till the arrival of the much expected Covid 19 vaccine.

With the daily surge of three digit figures in number of positive cases in the state, the State Consultative Committee for Covid 19 seems to be alarmed and contemplating to amend the Standard Operating Procedures (SOPs) while also recommending lockdown measures in localities where the number of positive cases is high. Yet, the state government has to now take permission from the Union Home Ministry before announcing any kind of lockdown measures as the unlock process has already been started all over the country. But now, the main focus of the state government and the Consultative Committee experts should be on how to jig up a state of preparedness for the winter months that is looming in the horizon. We must assert once again that we are indeed lucky to have a healthy resource in health professionals, including super-specialists as compared to other states in the neighbourhood. What we are lacking in is the state-of-art health infrastructure our health professionals deserve. There is no dearth of talent in either RIMS or JNIMS.

Give them the right equipment and they will deliver. We have that faith and it is for the political leadership to move heaven and earth to convince the Union Health ministry to provide these premier health institutions of the state the right equipment.

Last but not the least, there is a confusion among the general public and local clubs as to the definition of a containment zone. While the district administrations declare an area as containment zone, the schedule area is particularly specified by mentioning the homesteads of certain individuals and drains or lanes bounding it. Yet, in many instances the surrounding homesteads have also been interpreted as part of the containment zones by the local clubs while also putting restrictions on them. This needs to be clarified.