The victim from Kakwa said that on October 7 some members of YADA stopped him at Khergao while he was on the way to visit his friend at Thambalkhong Lane 7 Khergao. 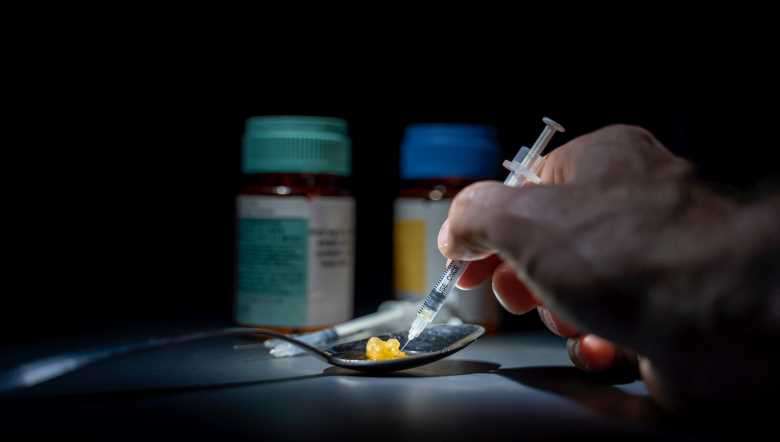 On the heels of the Manipur High Court order to enact and implement specific guidelines for private de-addiction and rehabilitation centres before October 27, Yumkhaibam Athletic Development Association (YADA) allegedly caught an individual on charges of using drug and forcibly handed over to a private rehab centre ‘Back to Life’ located at Patsoi Lamkhai.

In this regard, Community Network for Empowerment (CoNE) Manipur and Users’ Society for Effective Response (USER) Manipur has expressed strong condemnations and appealed to authority concerned to expedite the implementation process of Manipur Drug Policy.

During a press conference held at office of CoNE Manipur, Keishampat, the victim from Kakwa said that on October 7 some members of YADA stopped him at Khergao while he was on the way to visit his friend at Thambalkhong Lane 7 Khergao.

“Without giving any chance to clarify, they directly charged me as a drug user and detained me at the spot for around two hours. Later I was handed over at Back to Life rehabilitation centre,” he said.

He narrated, “it was around 2 pm that I went there to visit my friend at Thambalkhong. I met some group of people who claimed themselves as volunteers of YADA and they asked me to stop the vehicle. I was really shocked at the moment and I get down from my vehicle. They charged me as a drug user. I tried my best to clarify. However I didn’t get any opportunity. There were police in the nearby area but they didn’t intervene even when the members started beating me,” the victim alleged.

He continued that he was handed over to the said rehab centre by volunteers of YADA at around 5 pm. They told the rehab centre that I was caught with heroine, he lamented and clarified that the allegation and charges made against him was completely wrong and baseless.

While condemning the incident as it violates his rights with baseless charges, he appealed to authority concerned to take immediate action in this regard.

Taking part in the press meet, president CoNE, RK Nalinikanta said that with the mushrooming of private rehabilitation centres without having any strategic protocols, such kind of instances have been happening from past many years. The state government must expedite the implementation process of Manipur State Drug Policy to curtail such incident, he urged.

“Picking up any individual be it drug user or not by any group or association or club and sending them to rehab centre without any consent of the family is illegal. But with the setting up of large number of rehab centres that eventuality turns it into profit making business, such unfortunate incidents have been occurring in the state,” he contended.

He maintained that the campaign on war against drugs would be fruitful only when demand and supply are both controlled. Targeting only drug users is not the strategy to curb drug menace, he said demanding that the state government should also prioritise in punishing the drug kingpin or drug lord.

President, USER Manipur, Maibam Jogesh stated through one circular, he came to know that YADA had launched a campaign of war against drugs few days back. “Had the government given authority to any association or club to conduct such kind of activity where people are caught and send to rehab without any consent of family, under the war against drugs campaign,” he questioned.