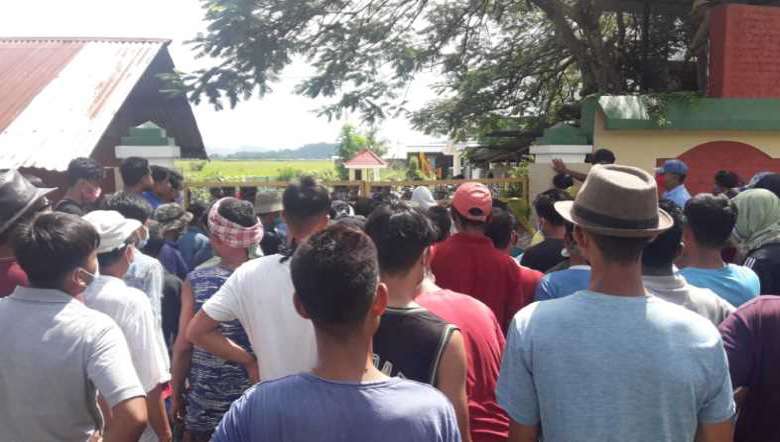 The Zillai (Vaiphei Students‘ Association) has appealed to the government to provide sufficient security to maintain peace and tranquillity in L Tangnuam village and also to go by the rule book when it comes to tribal lands and rights. A release issued by the student body expressed strong condemnations over the “barbaric” behaviour of the mob in the district boundary issue of National Sports University (NSU). It said that the body is deeply shocked and aghast with the behaviour of the unruly mobs that ventured into L Tangnuam village, Kangpokpi district allegedly with lathis, knives and machetes on October 8 to show their discontentment on the agreement signed between the state government and Kuki Students Organisation regarding the issue of NSU. “Such uncivilised and barbaric act of intimidation and threatening by armed mobs supporting Senjam Chirang. Senjum Khunou and Koutruk to the innocent villagers of L Tangnuam village is really uncalled for,” it added.