A Disease, A Virus, and A Nobel Prize

The story of viral hepatitis, hepatitis viruses, especially hepatitis virus C (HCV), and the intrepid scientific pioneers who discovered HVC, who have been recognized with the crowning glory of scientific achievement, the Nobel Prize in Medicine for 2020. 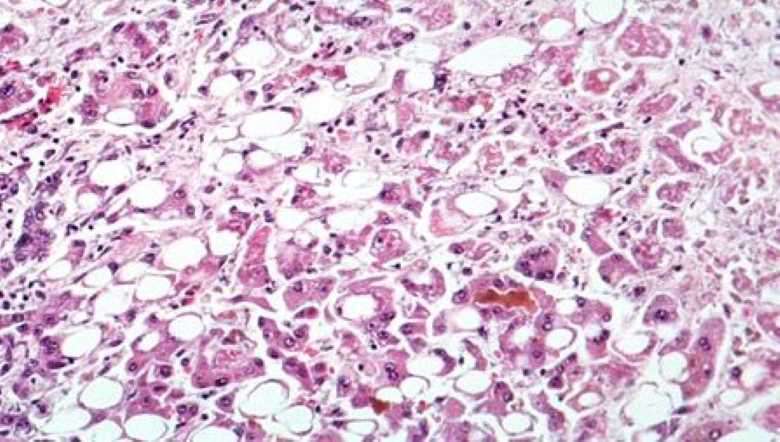 The disease Hepatitis causes liver inflammation due to a viral infection. It can manifest in either acute or chronic form. Common symptoms of hepatitis include abdominal pain, tiredness, jaundice, liver failure, and death.' Usually it is caused by five (5) types of hepatitis viruses: hepatitis A, B, C, D and E. Other viruses that can also cause liver inflammation include cytomegalovirus, Epstein-Barr virus, yellow fever virus, and, occasionally, herpes simplex virus. In today's column, I would like to share the engrossing story of viral hepatitis, hepatitis viruses, especially hepatitis virus C (HCV), and the intrepid scientific pioneers who discovered HVC, who have been recognized with the crowning glory of scientific achievement, the Nobel Prize in Medicine for 2020.
The menace of Hepatitis B and C viruses
In 2015, WHO estimated that infections with hepatitis B (HBV) and hepatitis C virus (HCV) caused about 1.34 million deaths worldwide. We may compare this figure with 1.1 deaths from HIV, 1.4 million deaths from TB, and 4,38,000 deaths from malaria in the same year to understand the gravity of the threat of viral hepatitis. Deaths from hepatitis have been rising by 22 per cent since 2000. Unless chronic infections are rapidly diagnosed and treated, mortalities caused by viral hepatitis will continue to increase.
Mode of transmission
Both hepatitis B (Hep B) and C (Hep C) are usually blood-borne infections, with Hep B transmission usually occur in early life and Hep C takes place through unsafe injections, including injection drug use and other medical procedures such as transfusions of contaminated blood.
According to the WHO estimation, in 2015, 257 million people were living with chronic hepatitis B infections, and 71 million people with chronic hepatitis C infection.
Hep B affects parts of Africa and the Western Pacific most severely, whereas Hep C is more uniformly distributed worldwide.
About 67% of IV drug users have been infected with HCV. Chronic infections with hepatitis viruses can severely damage the liver, leading to liver cirrhosis and liver cancer, e.g. hepatocellular cancer. The burden of liver cancer seems to be disproportionately high in developing countries.
Discovery of HCV
Dr Baruch Blumberg discovered the hepatitis B virus (HBV) in 1967 and was honored with the Nobel Prize in Medicine for the landmark scientific breakthrough. One major mode of hepatitis virus transmission is via blood transfusions. But it soon became clear that HBV could not account for all cases of hepatitis resulting from blood transfusions. This is where the exhilarating tales of this year's laureates join where Blumberg left. Their painstaking scientific labours spread over 3 decades culminated in the discovery of hepatitis C virus (HCV) shedding light on the unexplained cases of hepatitis from blood transfusions and leading to blood screening & diagnostic tests, drug treatments, and possibly development of a HCV vaccine. Their discoveries helped save thousands of lives, who earlier had to die from cirrhosis or cancer or undergo liver transplantations or face possible death!
The Virus Hunters
In the 1970s, Harvey Alter and his team at NIH, Bethesda, Maryland studied hepatitis in transfusion recipients and observed that HBV screens could reduce the number of cases but not eliminate them altogether. Hepatitis A virus (HAV) too, transmitted via water or food, could not account for the residual number of hepatitis cases in transfusion patients.
In 1978, Dr Alter demonstrated that plasma from patients with "unexplained hepatitis" could cause the disease when injected into chimpanzees. For several years the stealthy culprit was unknown, and the disease was simply called "Non-A, Non-B Hepatitis."
In the 1980s, Michael Houghton and his colleagues, then working at the pharmaceutical firm, Chiron Corporation, Emeryville, California identified the virus on the basis of snippets of viral genetic information obtained from infected chimpanzees. They showed that it was a new kind of RNA virus belonging to the Flavivirus family and named it hepatitis C virus (HCV) and published the findings in the leading journal, Science, in 1989 (Science 1989; 244: 359-362). This landmark discovery was made by Houghton together with two colleagues, virologists Qui-Lim Choo and George Kuo. Tragically, both Drs Choo and Chuo remain unrecognized in this year's Nobel Prize or earlier honours conferred to Dr Houghton.
Shortly thereafter, Charles Rice et al. at Washington University, St. Louis identified a part of the HCV genome that was responsible for viral replication. He genetically modified HCV and tested it on chimpanzees, proving that HCV solely causes hepatitis through blood transfusions.
In 2013, Houghton declined the prestigious Canada Gairdner International Award, saying that it was unfair to accept it when it failed to recognize two of his major co-workers.
Aftermath
The discovery of HCV allowed development of diagnostic tests and therapeutic candidates. Initial drugs e.g. telaprevir and boceprevir targeted HCV protease, a virus-coded enzyme crucial for assembly or viable virus particles. Later, drugs targeted to HCV polymerase, the enzyme responsible for viral RNA replication were developed. Such drugs include sofosbuvir and dasabuvir. Even the current experimental drug for Covid-19, remdesivir, was originally tested as a drug for HCV, without much success, and later, for the Ebola virus, with limited success.   Development of diagnostic assays and drugs spurred by the discovery of hepatitis C virus helped drastically reduce the number of hepatitis morbidities and mortalities.
However, most currently used therapeutics for HCV are very costly and beyond the reach for the common men. Though there are vaccines against HAV and HBV, there is as yet no effective and safe vaccine for hepatitis C, though many candidates are in advanced stage of development.
Globally, there are 71 million people infected with hepatitis C virus. About 400,000 people die from HCV infections per year worldwide. The world waits with bated breath for both a vaccine for Covid-19 as well as for HCV!