CorCom appeals to all to observe October as ‘National Black Day’. 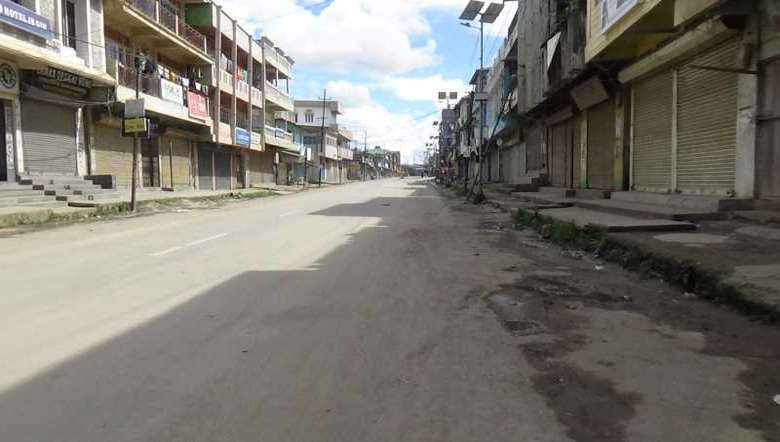 The Coordination Committee (CorCom), in denunciation of the “forceful” merger of Manipur to India, has called for a 12-hour shutdown from 6am to 6pm on October 15 throughout Manipur and has appealed to observe the day as ‘National Black Day’.

“Without the consent of the Council of ministers elected by the people of Manipur (Kangleipak) and the people, India which claims itself to be a democracy, in the most undemocratic manner, coerced the then King to sign the already drafted Merger Agreement on September 21, 1949,” a release issued by CorCom media coordinator M Sakhen said.

After the King was forcefully made to sign the Merger Agreement at Shillong, Manipur was officially declared a part of India on October 15, 1949, thereby making Manipur a colony of India and reducing it to the status of a mere district from being an independent nation, it contended.

Comparing India to a venomous snake, it said that CorCom along with the people of Manipur has been repenting October 15 as ‘National Black Day – Leibakki Amamba Numit’.

International relations that existed from time to time between Manipur and the British Empire and Burma government has proven that Manipur, with more than 2000 years of history, flourished with its own sovereign independence in Asia, it said.

The Treaty of Alliance was first signed between Manipur and the British in 1762 while the Treaty of Yandabo that was signed in 1826 between the British and Burma government recognise Manipur as sovereign independent after the ‘Seven Years Devastation’. Both the British and Burma government agreed not to indulge in activities that may harm Manipur’s territorial integrity and its political independence, it pointed out adding that Pemberton Report mentioned Manipur as a significant sovereign state of Asia.

It maintained that the British parliament enforced the Indian Independence Act, 1947 and formed India and Pakistan. According to Section 7(1)(b) of the said act, Manipur’s sovereignty that existed before British rule was restored on August 14, 1947 thereby keeping Manipur and India at the same level.

While saying that the Indian Independence Act, 1947 created India as a new entity, it stated that Manipur which was an independent nation in Asia and a British Protectorate during the rule, was given back its freedom and sovereignty.

Manipur began its independent governance by enforcing the Manipur Constitution Act, 1947 on August 14, 1947, it said adding that there were no form of ties or relations between Manipur and India throughout the years.

The release further stated that the Manipur Constitution Act, 1947 and its articles clearly mentioned that the king has become just a constitutional figurehead and has now power. Besides, the king was coerced to sign the Merger Agreement as shown by the telegram sent by the then Assam governor, Prakasa to the then deputy prime minister of India, Sardar Patel through the then secretary, Ministry of States, VP Menon and the reply quoted as “….is there no Indian Brigadier?” As such, the Merger Agreement has no legal validity, it stated.

It also recounted that the Manipur Legislative Assembly, in its session on September 28, 1949 unanimously resolved that the Merger Agreement is a challenge to Manipur’s sovereign independence and is an act of India annexing Manipur.

“It has been 70 years India annexed Manipur and during these years, India has been suppressing Manipur’s administration and economy and trying to erase the cultural and lifestyle identity of the Manipuri people so that the mainland culture swallow the identity of the Manipuris,” it charged adding that India is also strategising population invasion to wipe out the indigenous people of the land.

The release went on to say that the people of Manipur should work together in order to be safe from the expansionist policies of India that are trying to erase the indigenous communities of the state. “The fight for freedom and independence will decide whether our people will survive or not,” it stated and sought participation and support from people in the fight for freedom.

It further appealed to the people to cease all forms of businesses, departmental works, and movement during the total shutdown to observe ‘National Black Day’ as repent against the annexation of Manipur by India. Essential services like medical will be exempted from the purview of the total shutdown, it added.