Will not pay tuition fees for lockdown period: Parents of students in Manipur 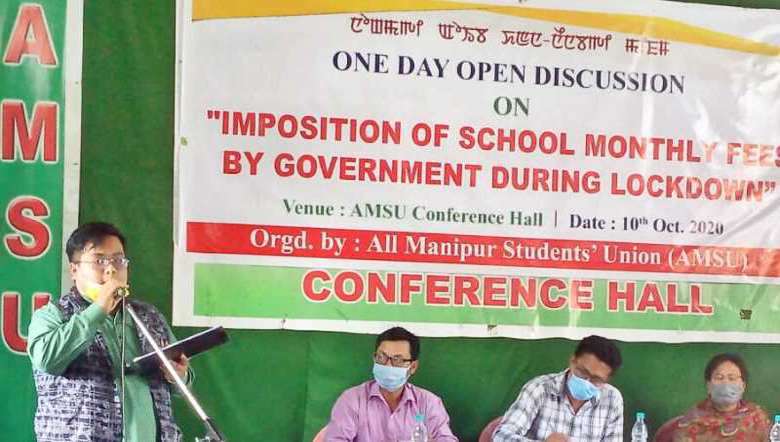 The guardians and parents of students in Manipur have decided not to pay monthly tuition fees of the lockdown period unless the government provides clarification regarding the school fees.

The meeting resolved to urge the government to revoke the government’s order which directed private and aided schools to collect 30 per cent tuition fees during the lockdown period.

The resolution further stated that the school's authorities should immediately stop demanding school fees. Contemplating an initiative to form a teachers’ organisation of private, missionary, CBSE and aided schools, the meeting also resolved to urge school authorities to release adequate monthly salary of the teachers.

The resolution further decided to urge the government to make a regulation Act for private hostels and boarding under the Manipur Private Schools (Registration and Regulation) Act, 2017.

During the discourse, AMSU had appealed to the people of the state to support the movement taken up by the union for the welfare of the students of the state.

The discourse was attended by AMSGO secretary S Sumati, advisor of AMSU Thokchom Suresh and AMSU president Peter Laishram as presidium members. It was also attended by guardians and parents of the students studying in private, missionary, CBSE and aided schools.