Kangla is political capital, Delhi is colonial capital, do no shift Kangla to Delhi: PREPAK (Pro) 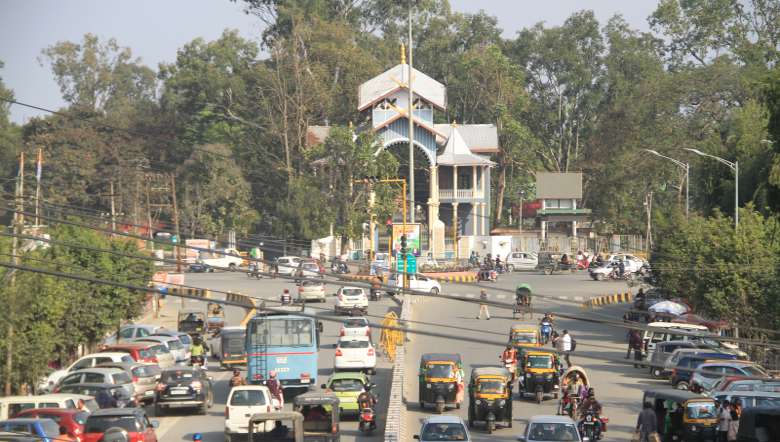 On the occasion of the 44th Raising Day of the Red Army of the People’s Revolutionary Party of Kangleipak (Progressive) that falls on Friday, PREPAK (Pro) paid salute to all the martyrs who had sacrificed their lives in the course of liberation movements.

Group chairman L Paliba M, in his message, extended greetings and good wishes to fraternal revolutionary organisations and expressed sympathy to those families, who have lost their loved ones during the pandemic while appreciating the corona warriors for rendering their noble services in the fight against the pandemic.

The message said that Kangla is an administrative and political capital of Kangleipak (Manipur) whereas Delhi is the colonial capital. The frequent visit by political leaders in Delhi to cede the political and administrative power means rooting out the importance of Kangla in the near future, it said and urged that leaders should not attempt to shift Kangla to Delhi.

It maintained that the level of willingness in good governance and in tackling the standing crisis by a government is reflected in a country’s budget.

While noting that the combined budget allocation of defence and home affairs is about six times more than the aggregated budgetary of healthcare and education sectors in budget 2020-21, it said that health and education are neglected and paid more attention to the correlation of forces and means (COFM) rather than human resources.

“As Kangleipak is being colonised by India, the adverse effects of India’s ignorant pandemic policies have jeopardised many Kangleichas (Manipuris),” it said.

There has been a surge in virus spreading let alone controlling the pandemic during the four phases of lockdown and current fifth phase of unlock even though Prime Minister Narendra Modi claimed that the fight against coronavirus would take only 21 days as Mahabharata War was won in 18 days, it stated and questioned whether the lockdown is to control the pandemic or Democracy.

“Allowing Indians to elect their own representatives under adult franchise do not mean India is a real democratic and republic country. Undemocratic actions like demonetization, restrictions on media, branding of dissenters as un-Indian, abrogation of Article 370 and the packing of the independent democratic institutions with government loyalists expose that the Government of India reaches the level of Electoral Dictatorship and Elected Autocracy. The present government runs on the principle of Sanskrit words “Ek Chalak Anuvartitiva” which means “Follow one leader” and avoids democratic principles. This one man’s leadership government shows off Indian Democracy as Totalitarian Democracy,” it added.

It further said that according to World 2020 and RSP report, India’s Freedom rankings and Press Freedom Index stood at 83rd and 142nd respectively in the world. As per both indices, there is alarming erosion in civil liberties in India, it stated.

Further questioning how many people of Kangleipak said yes to adoption of Indian Constitution, it stated, “Kangleipak should not be ruled and administered by that constitution which was not mandated by Kangleichas.”

It went on to say that the civilisation of a nation is shown by its oral and written history of ancestor’s belief of cosmological creation, human evolution, religious philosophy, genealogy, toponymy, language, scripts, politics, administration, social and its culture.

“The civilisational history of Kangleipak is uniquely different from the Indian history which is acknowledged by think-tank of Delhi. This is the reason behind the recent gripping of Maharaja and its history which is to be included in the faked historical setting of India,” it stated.

It further recounted the capital Kangla was also once known as ‘Kurumching’ that shows the sacred place for both hills and plain.

“The fact that hill and plain people are inseparable part of Kangleipak is shown by the story of Panthoibi Haoreima and Nongmai Petanga, customary attire of hill while coronation, Tangkhul Thokpa Dance of Laiharaoba, establishment of hill’s offices and language translators “Lambu” at Kangla, seven clans of the land, celebration of Mera Haochongba festivals, assimilated history of hills and plains, genealogy of the hills villages and oral and written records of the land,” it said.

“The hegemonic geopolitics of Veda-puranic Bharatvarsha should not cover Kangleipak and its neighbours. The boundary of Kangleipak had been inherited from our progenitors and India must know that even the British had respected it,” it stated adding that this is high time for India to unlock the key of an Independent Kangleipak.