RD MPCC chairman Kh Ratankumar said that the consultative programme is being held by the RD, MPCC as the Framework Agreement is one of the major and burning issues of the state. 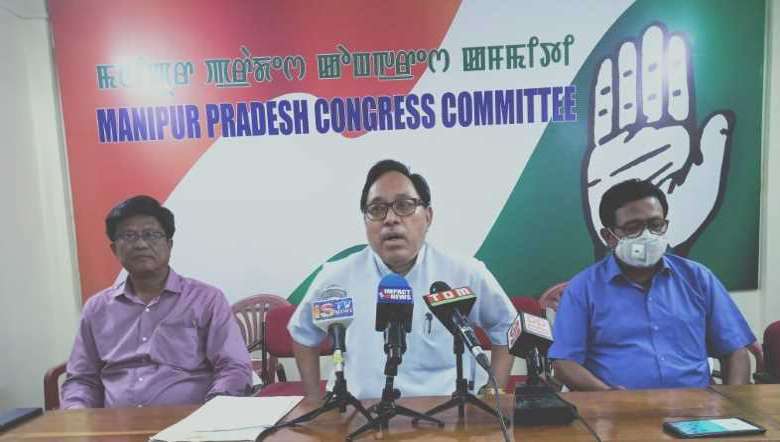 ​The Manipur Pradesh Congress Committee (MPCC) has resolved to welcome the Framework Agreement between the government of India (GOI) and the NSCN (I-M) and other Naga organisations only if the solutions does not disturb the territorial integrity, cultural integrity, social, administration and financial integrity of the state.

The resolution was taken during a consultative interaction on Framework Agreement between the GOI, the NSCN (IM) and other Naga organisations held on Friday. The programme was organised by the Research Department of MPCC (RD, MPCC) at its premises, BT Road in Imphal.

Speaking to the media on the sidelines of the consultation, RD MPCC chairman Kh Ratankumar said that the consultative programme is being held by the RD, MPCC as the Framework Agreement is one of the major and burning issues of the state.

Stating about the peace talks, Ratan said that Manipur is inhabited by various communities and as such, the government should give equal importance to each in finalising the long unresolved agreement. The Congress party will support the agreement if and only if it does not affect the interest of any community, he added.

Ratankumar also appealed to the state and central governments to consult all stakeholders of the state before the final settlement.

While recounting that Union Home Minister Amit Shah had already assured to invite all stakeholders of the state for consultation if the talks will affect Manipur, Ratankumar maintained that the government should fulfil the said assurance. He further said that the department organise such consultative interaction whenever there are serious issues in the state.

The consultation held o​​n delimitation was the latest. In that interaction programme, there were many experts and it resolved to demand that the delimitation should be carried out after publication of the 2021 census. The party still stands ​​firm with that stand, he added.