Raj Medicity will be shut down if demands are not fulfilled by Thursday morning: JAC

The JAC threatens to intensify agitation against the "Unnatural Death" of Phairenbam (o) Elangbam Panthoi. 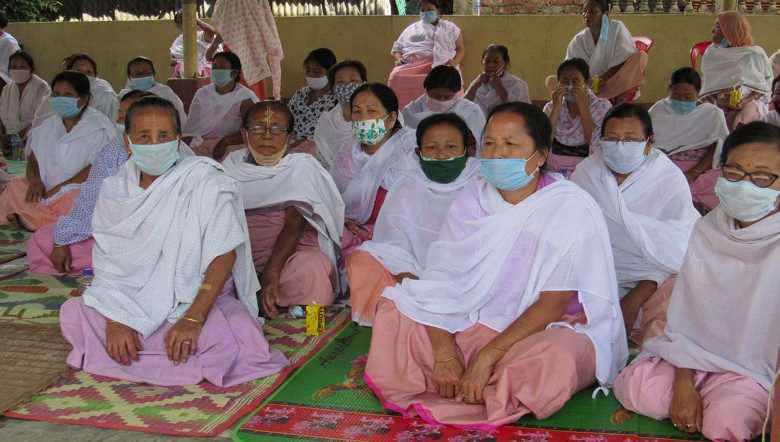 If demands are not fulfilled by Thursday, Raj Medicity hospital will be shut down indefinitely, followed by an intensified agitation, the secretary of Joint Action Committee (JAC) Against the Unnatural Death of Phairenbam (o) Elangbam Panthoi, Khuraijam Jayentakumar Singh said.

Jayentakumar was speaking to mediapersons on the sideline of the sit-in-protest staged at the community hall of Khagempalli Panthak Nganapithong Mapal, Imphal West on Wednesday. He said that the death of Panthoi would be taken as unnatural.

Panthoi was admitted at Raj Medicity under normal condition. But after she delivered a boy child, the doctor informed the family members that Panthoi was bleeding excessively and they had to remove the womb to solve the issue. After her womb was removed, Panthoi’s health worsened as she could not even pass urine, Jayentakumar added.

The JAC demanded that Dr Laishram Sukumar Singh must be banned from continuing his service at Raj Medicity and other private hospitals. Authorities concerned should provide appropriate compensation to the family members of Panthoi for her three children.

The JAC will file a case at the police station in connection with the incident and if the demands are not fulfilled by Thursday morning, Raj Medicity will be shut down indefinitely which will be followed by intensified agitation, he added.

The protestors staged the sit-in with placards saying ‘Raj Medicity should take the responsibility’, ‘we want justice’, ‘Dr L Sukumar must be punished’ and others.

On the other hand, police are guarding the residence of Dr Sukumar located at Keishamthong Hodam Leirak to prevent unwanted incidents as locals of the deceased tried to storm at the doctor’s residence on Tuesday after the incident had occurred.