Code of Conduct for Wangoi to be effective only within the constituency: CEO 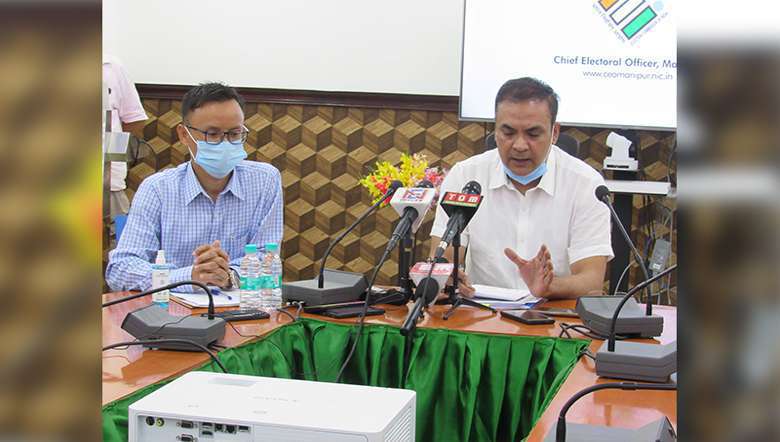 Manipur Chief electoral officer (CEO), Manipur Prashant Kumar Singh has said that the election model Code of Conduct (CoC) for the upcoming by-election with respect to Wangoi assembly constituency which falls under Imphal West, will be effective only within the constituency.

Briefing media persons on Tuesday, CEO Manipur explained that as per guidelines of Election Commission of India, CoC is applicable only in the assembly segment for by-election in city areas.

“As per ECI instruction when by-election are held in a capital city or metropolitan city in that case the model code of conduct applicability will be only in the assembly segment”, he said.

The ECI had announced the date for by-election in as many as five assembly constituencies (ACs) in the state which included Saitu, Wangoi, Singhat, Lilong and Wangjing Tentha.

As Lilong and Wangjing Tentha falls under Thoubal district CoC is effective in the entire district. Similarly, Churachandpur and Kangpokpi districts have also come under the purview of CoC with Singhat and Saitu schedule to go for by-election.

“There will be strict restriction of promotional advertisement including highlighting of government achievements that could influence voters. Since the date of announcing of election date, no local area development funds for both MLAs and MPs will be released,” the CEO cautioned.

He also said that facility for postal ballot will be made available for elderly persons, persons with disabilities and for quarantined persons considering the situation of COVID-19.

PK Singh further stated that the upcoming by-election will be conducted with strict adherence to standard operating procedure (SOP) in order to avoid the spread of COVID-19 during the time of the election.

For the first time, latest ‘mark-III’ electronic voting machine (EVM) and voter-verified paper audit trail (VVPAT) that are procured from Assam and Mizoram and manufactured by ECI limited will be used in the impending by-polls, he said.