The talks between Chief Minister N Biren and the civil society organisations in Kangpokpi district over the NSU row ended inconclusive on Tuesday. 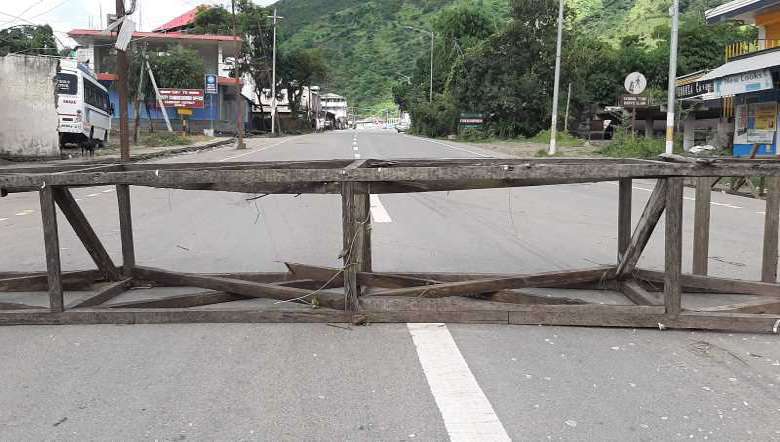 The total bandh call along the NH2 2 and NH37 in Kangpokpi district of Manipur will continue as the talks between Chief Minister N Biren Singh and the leaders of civil society organisations over the National Sports University land dispute on Tuesday ended inconclusive.

The leaders of the civil society organisations under the aegis of the Kuki Students' Organisation General Headquarters in Kangpokpi district held a meeting with Chief Minister N Biren Singh from 5:45 pm to 7:20 pm Tuesday. The meeting was held in an attempt to find a resolution to the National Sports University land dispute.

According to the Kuki Student Organisation (KSO), another joint meeting with the chief minister in the presence of both the deputy commissioners of Kangpokpi and Imphal West will be held on Wednesday with an attempt to resolve the issue. The bandh will continue as the meeting on Tuesday could not bring any solution, it added.

The more than one hour-long negotiation was chaired by the chief minister. It was attended by YAS Minister Letpao Haokip, CM Advisor Ngamthang Haokip, Imphal West DC and other concerned Department officials from the government side while leaders of the Kuki Inpi Manipur, the Kuki Inpi Kangpokpi District, the KSO Sadar Hills and the Kuki Women Union under the aegis of the KSO-GHQ.

Police said they had a hard time trying to bring the stranded vehicles while some vehicles were damaged by the protesters.

Protesters were seen blocking the highway and restricting movement of vehicles mainly at Gamgiphai, Leikop, Bongmol, Keithelmanbi, Kangpokpi HQ, Hengbung and Taphou Kuki on the second day of the total bandh. However, there were no report of any untoward incident till the filing of this report.

Around 60-70 loaded trucks were reported stranded at the old taxation check post till Tuesday afternoon. All business establishments in Kangpokpi HQ and along National Highway 2 remained closed.

Bandh volunteers at Kangpokpi HQ were also seen restricting transport. Only those exempted vehicles from the purview of the bandh were allowed movement. It was also reported that a huge number of protesters were engaged in enforcing the total bandh along NH-37 under the aegis of KSO Moltam Lhang.