There is something wrong in the vetting process of security agencies who are entrusted with huge sums of money to deposit at ATMs located in various parts of the state. 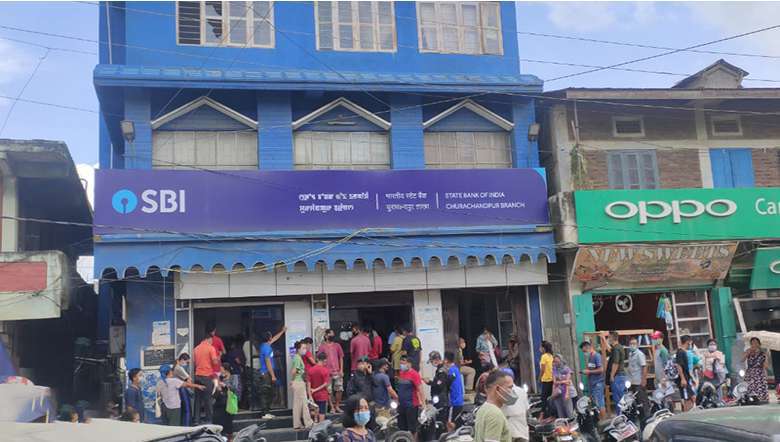 The September 4 incident in Churachandpur of ATM robbery and killing of ATM cash replenishing agent named Arambam Ranjan has seriously brought into focus the system of outsourcing cash replenishment job to private security agencies by banks. There is something wrong in the vetting process of such security agencies who are entrusted with huge sums of money to deposit at the ATMs located in various parts of the state for the benefit of the general public. Initially, armed militant groups were suspected in the killing of the guard and looting of public money amounting to one crore and fifteen lakhs that fateful day on September 4. However, police investigation reveal that the employees of the so-called security agencies were involved in the heist.

The Writers Safeguard Pvt Limited tasked with replenishing cash at various ATMs filed a police complaint at Churachandpur Police that out of the 17 ATM booths, an audit had been done at 16 ATM booths and it was found that a total of Rs 4,48,06,100 (4.48 crore) was found missing from their company. From the missing amount Rs 1,15,00,000 (1.15 crore) is the total cash amount that was lost when the robbery took place at SBI Main Branch of Churachandpur that led to killing Arambam Ranjan. The audit was carried out between September 23 and September 24 and Rs 3,33,06,100 (3.33 crore) was also found missing. Police sources said that on September 4, two employees of Writers Safeguard Pvt Limited were tasked, namely K Somen Singh and Valte Thangkhanmuan, where the former withdrew Rs 1.7 crore from the SBI Main branch. On the day when Arambam Ranjan was killed, the gunman of the company was in the driver’s seat in the absence of regular driver Sonibuy. Later, the duo deposited Rs 30 lakh and Rs 25 lakh at two SBI ATM booths and the remaining amount of Rs 1.15 crore was kept in their vehicle when Arambam Ranjan was shot and killed by Somen with the help of Valte with the gun provided by Kongkham Brojen.

In the follow-up investigation an ATM operator has been arrested in connection with embezzlement of money to the tune of Rs 26,287,000 from eight ATMs. The same agency Writer Business Service Private Limited, had lodged a complaint over losing Rs 26,287,000 from eight ATMs located at Lamsang Bazar, Subhiksha Complex IGAR, Group Centre Langjing CRPF, Singjamei Bazar, near Vishal, Govt Polytechnic Imphal, Leikai Imphal AP Road. The company deployed four employees for cash replenishment at Imphal West location. The four employees are identified as Sanjit Singh Huidrom, Naoshekpam Premananda, Sinam Naresh and Heikham Ajit. All four are responsible for loading the case in the ATMs and securing the password of the ATMs. Police had arrested Naoshekpam Premananda and Sinam Naresh while Sanjit Singh had committed suicide on September 17.

These brings into question the selection process and protocol of hiring private security agencies by banks for the job of cash replenishment of ATMs. The agencies selected might have had good reputation outside the state. But, it must be remembered that these security agencies are employing local people for the job and something is wrong in the vetting process of persons employed by them.

Now, it has gone beyond looting of ATM money and murder of a colleague has happened adding salt to injury. So, mere police investigation will not be able to do justice to the conspiracy. Perhaps, a CBI inquiry is called for.