While the bandh call over NSU row is given by CVOs in Kangpokpi district, the agitation is led by The agitating mob led by Thadou Students' Association (TSA) Sadar Hills. 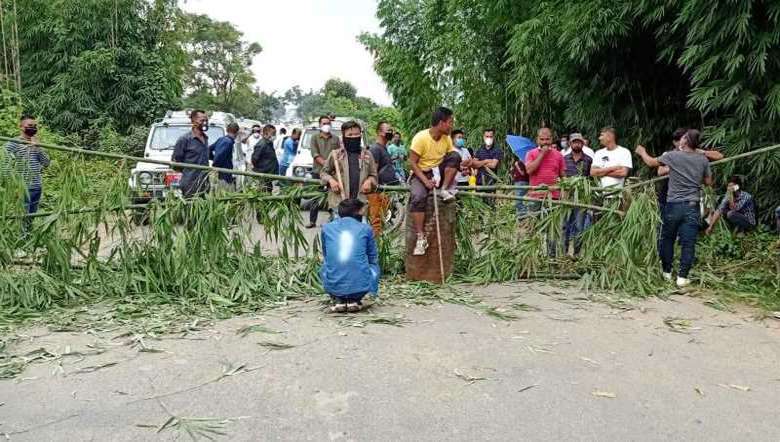 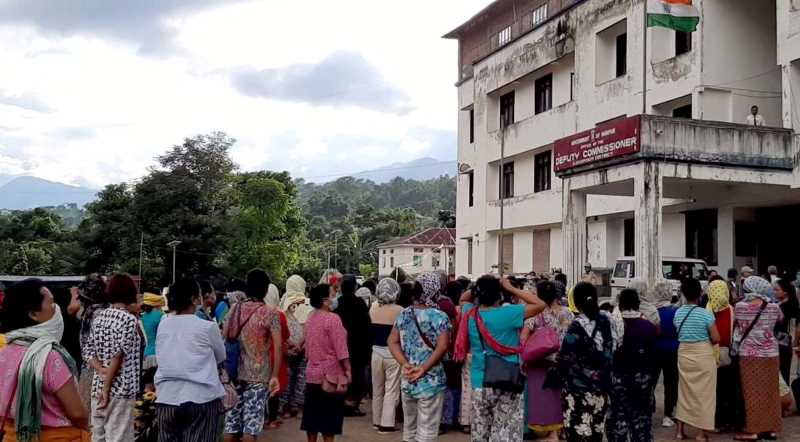 Police said the clash between the police and the protesters broke out after the protesters tried to prevent an official team from conducting demarcation of the NSU.

“We have received information on the presence of a large number of agitators at the disputed site since last night”, said a senior police officer.

The protesters pelted stones against the police team who were guarding the officials. However, the demarcation was reportedly conducted under heavy security measure.

Vehicular movement was completely restricted at Gamgiphai, Kangpokpi DHQs and Taphou Kuki while all business establishments in the district were closed. Many vehicles were seen stopped at Gamgiphai by the bandh supporters. The total bandh was also strongly enforced along NH-37 under the aegis of Kuki Inpi and Kuki Students' Organisation (KSO), Moltam Lhang.

Meanwhile, hundreds of men and women thronged the DC office of Kangpokpi to meet the district administrator to highlight their grievances over the disputed NSU site.

In a lengthy discussion of almost two hours in front of the DC office, DC of Kangpokpi, Somorjit Salam said that L Tangnaum (Haraothel) village is legitimately under Kangpokpi District Administration and assured the people that he will bring to the knowledge of the chief minister and the state chief secretary about the current crisis at the village along with the people’s demands.

Taking serious note of the alleged violence perpetrated by state forces on Monday at L Tangnaum village, KSO-GHQ strongly condemned the unlawful act of violence while stating that despite several appeals for peaceful settlement of the land demarcation issue, the abrupt deployment of the state security forces with anti-riot equipment, lathi charge and firing of bullets against the peaceful villagers are seen as a stern manifestation of the state’s cold-hearted treatment of the tribal interest.

Reiterating that land is our identity and any forceful attempt to grab them will be resisted tooth and nail, the student body urges the state government to denounce violence and find a possible peaceful solution at the earliest and appeal to withdraw security forces deployed at the disputed site immediately while cautioning that if tension at L. Tangnaum village (Haraothel) gets worse in the coming days, the state government shall be held responsible.

President of IHRA, Mark Thangmang Haokip said that it has come to the notice of the IHRA that the state government has ordered demarcation of land allotted for establishment of NSU. He also said that it is also learnt that the allotted land is a disputed land with different claims and found that the government's order is immoderately alarming. Further, it is regrettably immature that the government would take such critical resolutions without prior consent of the stakeholders concerned, he added.