One of the best resources in Tamenglong is education: Armstrong Pame

The DC made the statement while speaking as chief guest during inauguration of Don Bosco Higher Secondary School with Arts stream. 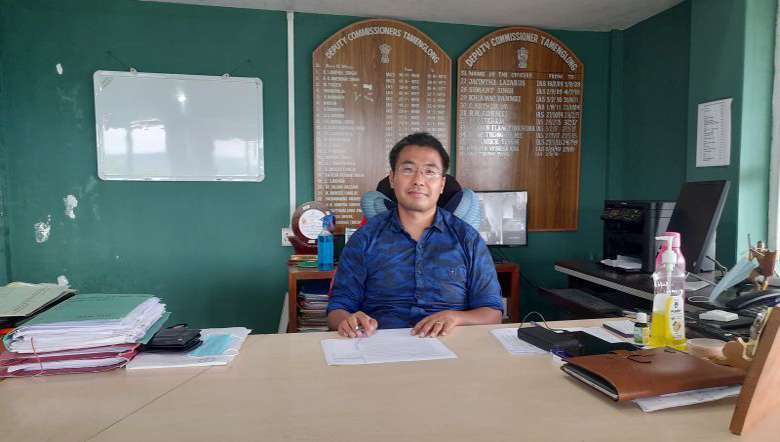 The Deputy commissioner of Tamenglong, Armstrong Pame said that one of the best resources in the district is education and the weather and climatic condition in the district suits for studying.

“Let us take this advantage and let us try to produce successful boys and girls in Tamenglong district”, said the DC while speaking as chief guest during inauguration of Don Bosco Higher Secondary School with Arts stream.

ADC members, Pr Guisinang, Bosconians, well-wishers, parents and students attended the inauguration programme which was held at the school auditorium.

Pame further urged the principal of Don Bosco Tamenglong to add on science stream for Classes XI and XII in the next academic session. He said that he had been urging all private schools of Tamenglong to establish secondary education.

He said that the school is yet to register however, all paper works have been done. When the file landed at the Education minister’s table to ink the final registration, unfortunately the minister was changed, however, he would try his level best to get registered, he added.

He recalled that when he visited the residential school at Rengpang, Noney district, poor villagers were waiting for him to request him to upgrade the school by including Class X. He said that if he had not upgraded the school, many students would have dropped their studies. It was a bold decision he took to upgrade and the result of Class X was best among the government schools. Out of 25 students appeared, 24 have passed the HSLC examination in first division, he added.

Principal of Don Bosco Higher Secondary School expressed his sincere gratitude to the deputy commissioner for his efforts to get the registration in the Council of Higher Secondary Education Manipur.