The PPP model at Santhei Natural Park is against the indigenous rights of the people of Andro, the Manipur Students’ Association, Delhi (MSAD) said. 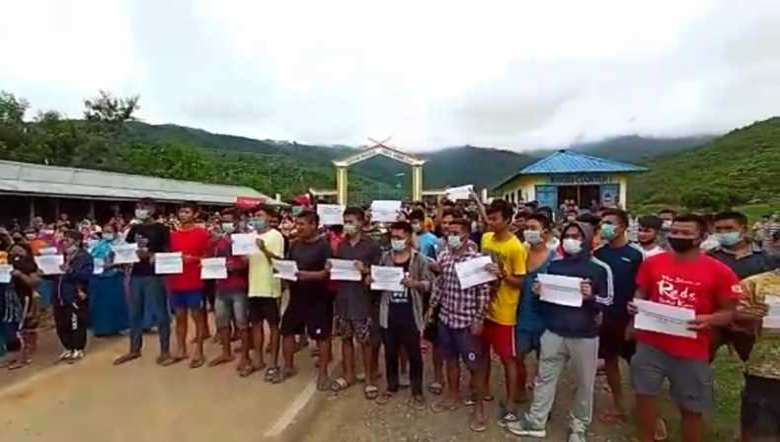 Locals protest against conversion of Santhei Park into PPP model

The Manipur Students’ Association, Delhi (MSAD) has appealed to all organisations and student bodies in Manipur to raise their voice and stand with the people of Andro to prevent conversion of Santhei Natural Park into a PPP model.

A release issued by the general secretary of MSAD, Chon contended that the community owned asset, Santhei Natural Park was dishonourably disturbed by the state government by announcing to convert the park into a PPP model without consulting the people of Andro, who have been taking all roles for the growth and development of the park since its initial stage.

“The PPP model at Santhei Natural Park is against the indigenous rights of the people of Andro and is a colonial and capitalist step to convert a community owned asset into a PPP model,” it said.

It stated that ‘public’ means the government while ‘private’ means individuals who can invest a huge amount of money overtaking the shares and rights of the poor people. As such, there is no people involved and such PPP model at Santhei Natural Park, Andro is a colonial and capitalist project, it added.

The release further said that tourism is all about profit making by capitalists.

“It is a black art of making money by converting community assets into private properties in the name of public. Tourism harms the indigenous cultures, food habits, dressing sense and others of the indigenous people,” the release said.