Biren expressed hope that the newly inaugurated guest house would reduce the inconvenience earlier faced by police officers and personnel visiting the border town for their official duties. 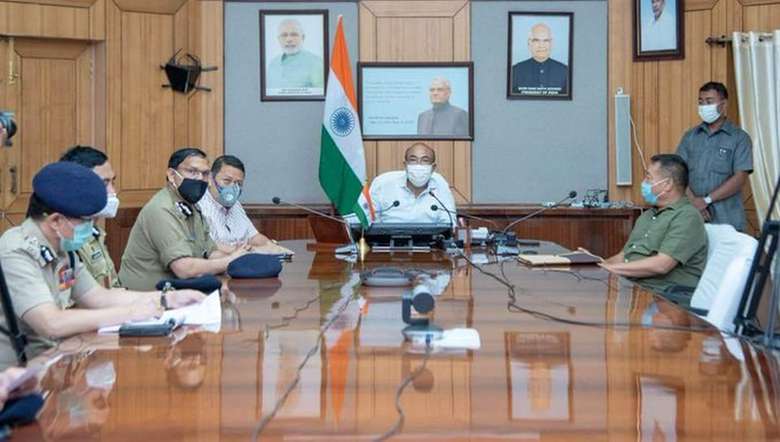 Speaking at the function, the chief minister said that it has been a sincere effort of the BJP-led government to ensure reaching of development and administration to the interior parts of the state. He expressed hope that the newly inaugurated guest house would reduce the inconvenience earlier faced by police officers and personnel visiting the border town for their official duties.

Stating that Mao is one of the most important entry points to Manipur, the chief minister acknowledged the tremendous difficulties faced by police in checking uncontrolled entry of people during this time of pandemic. He also instructed the police to continue working with dedication and sincerity in this regard, stating that rewards for every hard work comes automatically.

It was hard to maintain order in hill districts earlier, however the situation had improved considerably in the past 2-3 years, and it was due to the dedicated efforts of the Manipur Police Department, Biren said. He also asked the police to maintain cordial relationships with the people and civil society organizations.

Stating that police should always try to explore different ways to convince the public, he said that they should hold regular interactions with the people and the CSOs so that unwanted agitations like bandhs and blockades can be averted in advance. He also directed the police not to confront with the public but make them feel that the Government is their guardian and nobody is above the law.

In his speech, PHE Minister L Dikho said that Mao police station is an old police station, so the buildings and infrastructure are quite old. As such, inauguration of a police guest house in the town is a very welcome development. He also appreciated Mao police’s works towards proper management of COVID-19 pandemic with their strict vigil on entry of people from there.