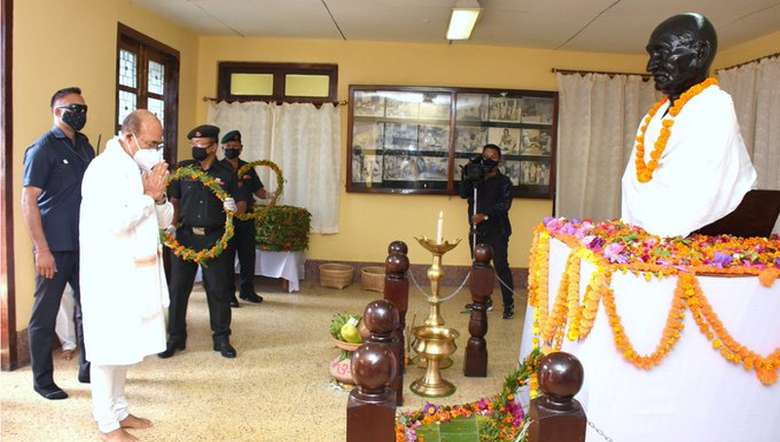 The cycle rally is to spread the principles and ideals of Gandhiji to the people of the state. The cycle rally would be covering various parts of the Imphal city.

Speaking to the media persons, Biren appealed to the people of the state to celebrate Gandhi Jayanti and observe National Cleanliness Day 2020 across the state.

He remembered the ‘Father of the Nation’ for his struggle for independence from the clutches of British colonialism.

He also mentioned that recognising Gandhi’s philosophy of Ahimsa, the International Day of Non-Violence is being observed under the aegis of United Nations across the world.

The chief minister along with minister for YAS, Letpao Haokip and social welfare minister, Okram Henry also inspected the work progress for setting up of a Covid Care Centre at Bal Bhawan, Khuman Lampak.

The CM-led team checked the furniture and other amenities including toilet facilities of the upcoming Covid Care Centre.