International Day of Non-Violence - The call to win hearts

Non-violence must be a living message that constantly reminds people of the other side of life beyond anger and frustration, and ego, and pride and prejudice. 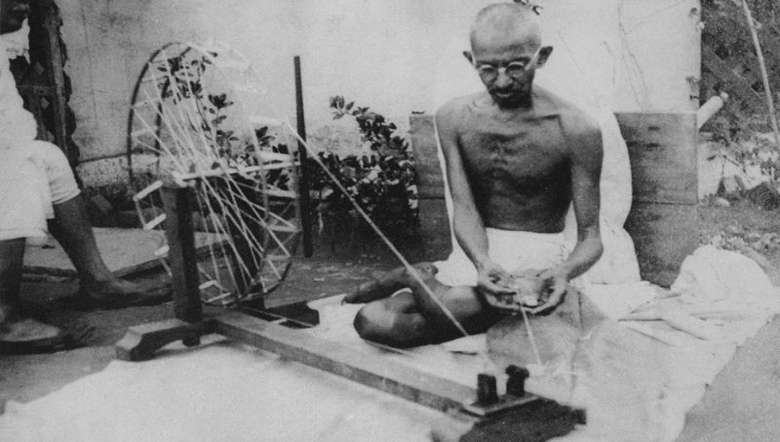 On June 15 2017, the United Nations General Assembly announced that it adopted a resolution which declared that 2nd October will be celebrated as the International Day of Non-Violence. The idea behind it is to disseminate and educate the masses about the message of non-violence and to promote peace and harmony for the world.

“Non-Violence”, one of the core principles of Mahatma Gandhi, the founding Father of our Nation, is the notion of entirely being harmless to self and others. In other words, it is the belief that everything can be resolved through peaceful means, that there is always a way to avoid violent thoughts or actual violence in a way that is harmful and hurtful to none. Non-Violence is basically the abstinence from causing any physical hurt or injury.

In a world constantly gripped with violence and wars, the message of non-violence has thus become increasingly significant. Violence has held human societies and has become the final answer to anything that challenges a disagreement. It fails to approve diversity and indirectly promotes autocracy which is extremely detrimental to societal growth and upliftment, and specifically to peace and harmony.

The message of “Non-Violence” therefore has a great role to play towards transforming the society. It has the scope to educate people and constructively engage them towards building a peaceful society instead of one resorting to violence that are physically dangerous and mentally distressing and have countless negative impacts to the society at large. Non-violence must be a living message that constantly reminds people of the other side of life beyond anger and frustration, and ego, and pride and prejudice.

In fact, it is rightly said that violence begets violence, for what else can come out of violence? What else can come out of a man who is angry and ready to cause harm and damage? This is true also to the context of our society. If violence could have solved problems, there would be no need for a World War II because all the problems would’ve already been solved by the end of World War I. Violence is a vicious circle as also stated that there are no winners in a war. The notion is simple, one wins today, the other wins tomorrow, and the war goes on. There is no time for actual peace.

Violence is only getting worse. Countries threatening each other are major headlines of every news report nowadays. Yesterday we read about problems in the middle-east; today we read of tensions rising in between India and China, and for tomorrow the newspaper are preparing reports to make the rising terrorism in the world as their headlines.  What do we know? What if the countries actually start declaring war on each other? Will it not be a worldwide disaster with all the nuclear warheads and weapons of latest technology? Or in simple words, can Humanity survive through another World War? I believe NOT.

Such is the desperation –the need to understand the significance of non-violence. One needs to responsibly reflect on the ideas of Non-Violence and the consequences otherwise and must be able to voluntarily promote at one’s own capacity the need to discourage violence of any degree and form, and to promote non-violence and peaceful and acceptable means.  There must be a call for a collective and constructive effort on humanitarian grounds. In order to do so, people must understand the threat that violence poses for an individual as well as the society at large.

Violence ostensibly threatens an individual’s life, the physical and mental health of a person; it destroys societal peace and harmony. In fact, in today’s reality, it threatens the entire existence of mankind. Of course, the world does not end with all the violence of today, but we must be warned that violence is increasing at a rapid rate. Violence against women –of sexual assault and suppression –is indeed extremely unfortunate. What is more distressing is the rising trend of such incidents. It is clearly visible that the violence that we see in tens a decade ago is now seen in hundreds, and who can deny that in another decade we will see these hundreds in thousands?

The International Day of Non-Violence celebrated to mark the birth anniversary of Mahatma Gandhi must serve today as a call towards realising the importance of non-violence and therefore promoting the same. It must remind us of the ideals of the soul that has led us to freedom, and the nation and state, and who we have become today.

“With violence we win things, and with non-violence we win hearts”. It’s for us to choose today as learned and concerned individuals, and especially for the youth with a vision and mission.

Wishing you a fruitful International Day of Non-Violence!