Let respect towards Mahatma be in deed, not words

It is high time the State and the people introspect a little and try to follow Gandhian principles before singing paeans (actually mere lip service) of the Apostle of Peace. 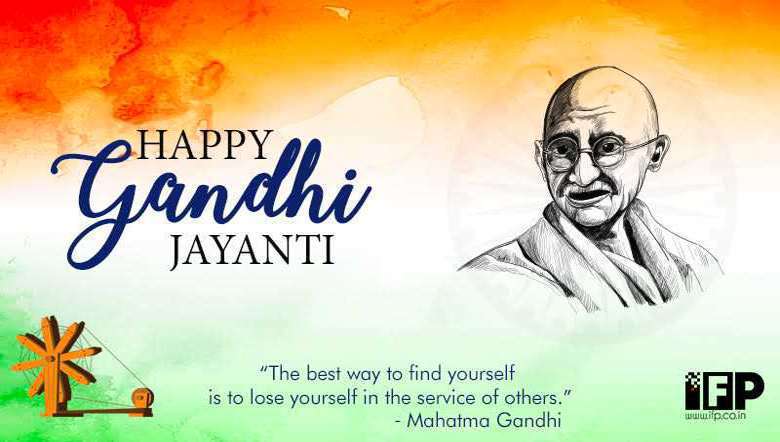 Mahatma Gandhi once remarked "Recall the face of the weakest man whom you may have seen and ask yourself if the step you contemplate is going to be of any use to him. Will he gain anything by it? Will it restore him to a control over his own life and destiny? Will it lead to 'swaraj' for the hungry and spiritually starving millions?"

It is high time the concerned authorities ask themselves whether Bullet trains, public exhibition of as personal thing as Yoga at State's expense, erection of "world's most gigantic statue", "rediscovering" the stream of mythical Saraswati or coming up with Ramayana Museum will serve minimum utility in the wretched life of the weakest man or restore him to a control over his own life and destiny! Can these "nationalist" steps apply minimum balm to the burning hunger of starved stomachs plaguing billions? Had Gandhi been alive, would he have endorsed such extravagant policies bordering on catering to the lowest common denominator, playing to the gallery and bias towards the privileged class when brute majority of this "elite" country of attaining Mars orbit lead hell-like existence thanks to poverty, hunger, malnutrition, illiteracy, child labour and human trafficking?

Mahatma Gandhi, an ardent follower of Lord Ram, never misused the name of the epic hero to inflict pain and tension among the minorities. Yet in the very country of this secular humanitarian, a certain section feel no qualms in barbarically exploiting the noble name of that epic hero to raise communal passion so as to reap cheap electoral dividend! Not to forget the cold-blooded murder of innocents in the name of 'Gomata' and infringement on dietary habits of certain communities.

Moreover, the Indian polity is scandalously being fragmented on the lines of religion, caste and language. Though the politicians are engaged in such dirty game, but it must also be remembered that they are merely exploiting the fissures that lie deeply embedded within the society.

Mahatma Gandhi is certainly a man to be proud of, but Indians simply hold no moral right to pay glowing tributes to him. Reality has proved that Indians are eminently capable of desecrating his ideal of Ahimsa as seen right from violent agitation in the name of reservation, political clashes, "honour killings", Dalit lynching, sexual atrocities on fairer sex, personal dwells  to cowardly "mob justice" in the streets.

Thus, instead of merely garlanding his portrait and statue on his death anniversary or enjoying a leisurely holiday in the name of birth anniversary of the 'Father of the Nation'; it is high time the State and the people introspect a little and try to follow Gandhian principles before singing paeans (actually mere lip service) of the Apostle of Peace.