Imo said the Congress party should have expelled him soon after the Rajya Sabha election if they really wanted to remove him from the party. 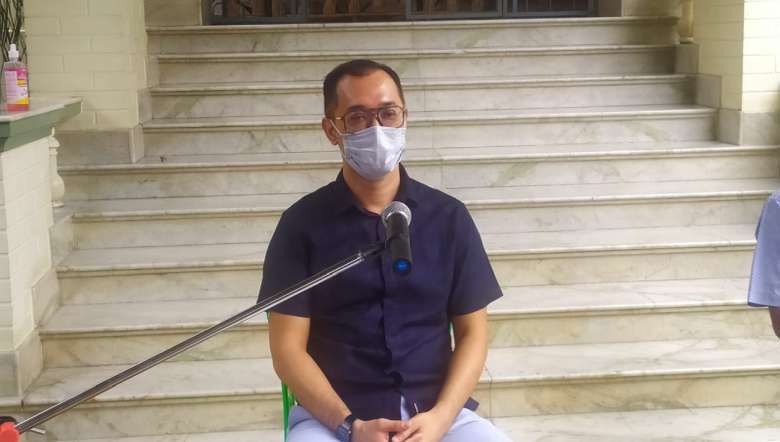 After expulsion from the Congress party, sitting MLA of Sagolband Assembly constituency, RK Imo on Wednesday announced that he chose to remain an independent MLA until the present term is over and support the present government.

Speaking to the media at his residence at Sagolband, Bijoy Govinda Mamang Leirak, RK Imo said that joining a new party in this hour is against the law according to the 10th Schedule of the Indian Constitution.

According to the Supreme Court order, one should remain as an “unattached MLA” if expelled. As such he decided to be an independent MLA until the present term is over and to support the present government, he added.

The MLA also contended that he should have been suspended as per norm instead of directly being expelled from the party.

“But some of the leaders of the Congress party intentionally removed me from the party, which is very unfortunate. Nevertheless, such a decision of the party doesn’t cause any harm in my political career. I hope from now onwards, I can serve the society without any pressure or order,” he said.

Imo further stated that the present government is really concerned about the issues and problems of the state.

“It has strengthened the relationship between hills and the valley apart from bringing development. Based on their performance, I wish to support the government as long as it goes in this flow,” he announced.

Condemning the Congress party for having ill-feeling against him for voting in favour of titular king Leishemba Sanajaoba, he explained that he had voted titular king of the state for MP of Rajya Sabha considering his significance as customary head of the state.

“The king represents all the ethnic tribes and communities of the state and is deserving of the seat more than other candidates. Nevertheless, I strongly supported the Congress party in a voice vote of confidence motion held on August 10 on the floor of Manipur Legislative Assembly,” he said.

Imo further said the Congress party should have expelled him soon after the Rajya Sabha election if they really wanted to remove him from the party.

“I am following all the required procedures. When they published the show cause notice in the media, I responded in time. Not trusting me by some members of the Congress party for being son-in-law of the present chief minister is very unfortunate,” he rebuked.

Imo also stated that maximum of the Congress MLAs and members have realised that it will be very hard for the party to return to power until some party leaders are changed.

Time has come to give some chances to young and dynamic leaders of the party instead of holding the post for a lifetime, he added.

While suggesting to identify what weakens the Congress party in the state, he pointed out that 28 Congress candidates had won the election but now it has been reduced to 17. This clearly shows that something is wrong in the party, he said while appealing to the Congress party to become a constructive opposition party instead of dragging the party into “third class politics”.