Why the Northeast must implement the Eco-Niwas Samhita

In an era of the climate crisis, the energy-inefficient construction sector must implement the green building code 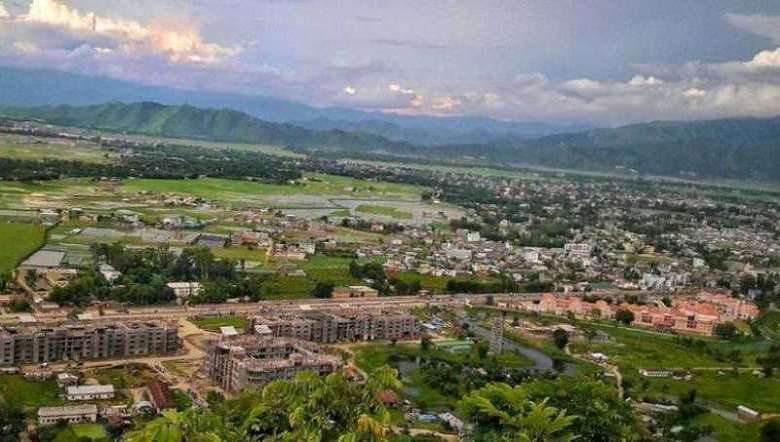 In September, the Centre launched the Climate Smart Cities Assessment Framework (CSCAF) 2.0. The CSCAF aims to provide a roadmap for cities to combat the climate crisis while planning and implementing their roadmaps. Such a framework is essential because India’s cities face several climate-related challenges: Natural disasters such as cyclones, floods, heatwaves, water scarcity, and droughts. Moreover, the Covid-19 pandemic has demonstrated that the existing development processes is not just undesirable but obsolete too.

While cities are India’s economic engines, they consume vast amounts of energy, especially the building sector. According to an ORF, a New Delhi-based think-tank, report, buildings on average consume about 40 per cent of a city’s energy and, therefore, have a significant potential for energy savings. With two-thirds of the building structures that will exist by 2030 are yet to be built, India’s residential sector can play a key role as its electricity consumption is projected to increase seven-fold between 2012 and 2032, thus becoming the largest consumer of electricity by 2032.

While construction-led urban growth is a recent phenomenon in Northeast India, it has picked up pace. According to the 2011 Census, the total number of cities in the region, which have a population of above 1,00,000 (0.1 million), is nine. Of these, Guwahati (Assam) far exceeds the other eight cities in terms of population and is the most urban city in the region.

“Like in other parts of India, the urbanisation process in the NE has been organic, which isn't a bad thing. However, when this growth is unchannelised and uncontrolled [as it has happened in the region], it becomes haphazard and undesirable,” explains Rang Emei Gonmei, Principal Architect, Helix Healthcare Architecture. This has haphazard urbanisation, he adds, has led to overcrowding and increased pollution in this ecologically fragile area.

So one of the critical steps to make a city climate-smart is to make the urbanisation process in general and the construction sector in particular green. Of the emissions from the construction sector, 80 per cent are from the products/industrial processes of four energy-intensive building materials: Steel, cement, bricks, and lime. The emission problem increases when homes are not climate-smart (thermally comfortable and energy efficient), and people tend to use energy-guzzling equipment that use electricity generated from (dirty) coal-powered power plans. So conserving energy is the first step towards being climate-smart.

There is, however, help at hand.

In 2018, the Union Ministry of Power launched the Energy Conservation - New Indian Way for Affordable and Sustainable Homes (ECO Niwas) Samhita, an Energy Conservation Building Code for Residential Buildings (ECBC-R) to give a further fillip to India’s energy conservation efforts. The code was launched in 2018 by the Bureau of Energy Efficiency (BEE).

The code focuses on building envelope (the separation of the interior and exterior of a building, which helps facilitate climate control and protect the indoor environment), mechanical systems and equipment including heating, ventilating, and air conditioning system, interior and exterior lighting systems, electrical system and renewable energy. The code takes into account the five climates zones (hot dry, warm humid, temperate, composite, and cold present in India.

The good news is that the ECO Niwas Samhita (ENS) has been designed in a user-friendly manner to ensure that it can be used easily and widely throughout the country, and it can be easily integrated into byelaws.

This residential code can help architects, designers and homeowners to build ENS-compliant houses and reap their long-term financial benefits.

According to the Indo-Swiss Building Energy Efficiency Project (Beep), which has provided technical support to BEE on ENS, it estimated that if the design of a residential building complies with the code, then inhabitants can save 20 per cent on their electricity bills. The code can also benefit the affordable housing segment where the occupants are unable to afford external cooling or heating devices.

THE NORTHEAST AND ENS

The Northeast is more fragile and climate-vulnerable. It must make serious attempts to incorporate ENS in its urban bylaws. There are four advantages of doing this, explains Dr Sameer Maithel, head, BEEP.

One, the states would be able to provide thermally comfortable dwellings, which will provide healthier living conditions and help lower electricity bills. This would benefit households belonging to economically weaker sections (affordable housing) and middle classes.

Second, the ENS will make housing more resilient in the face of extreme weather events (which are more likely to happen due to climate change) like heat waves or cold waves and Covid-19 like pandemic situations.

Third, electricity use in buildings is responsible for a significant part of carbon dioxide emissions and environmental pollution in states, as a large part of the electricity comes from the burning of coal. The adoption of ENS would help states in meeting their environmental goals.

“Environmental sustainability must be the driving factor for all future development in this region. Our energy consumption footprint must be as conservative as possible. This would mean reigning in the urge to concretise and hard-pave every square metre of towns and cities,” says Rang Emei.

“The Northeast region has been gifted with an abundance of natural resources and beauty. The only way to conserve the environment for future generations is to consume only as much as needed and to strive towards a 'circular economy'. Energy conservation must be the most important design criteria of any building project,” he added.