Th Muivah has been pushing hard on an impossible demand of his dream of Greater Nagalim. Now, UNC has spelled it out clearly. 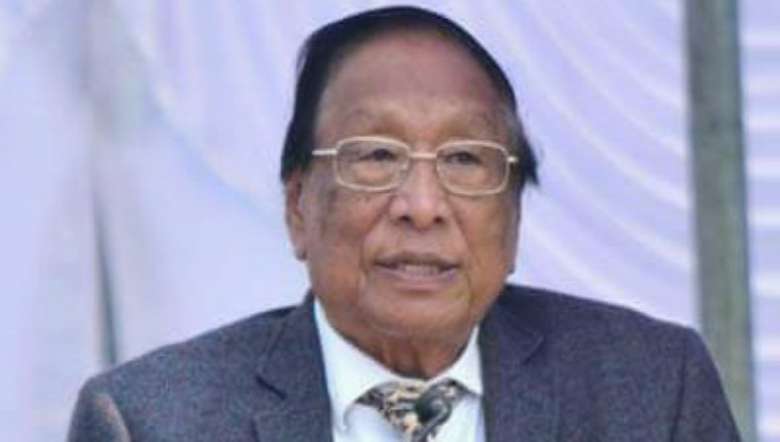 While the NSCN-IM says that there will be no compromise on the issue of Naga Flag and Constitution, the Manipur-based United Naga Council (UNC) asserts that Naga Integration, Naga Flag and Naga Constitution are some of the inalienable rights of the Naga people. The Nagalim or Greater Nagaland demand has long been espoused by NSCN-IM leader Thuingaleng Muivah, though the Nagas of proper Nagaland has had always treated the demand as only a honourable mention. It found a mention in the 16-point Agreement signed on July 26, 1960 which ultimately led to the formation of the present Nagaland state. It needs to be mentioned here that, the Nagas of Manipur became a part and parcel of the Naga imagination only in 1956, when some of them like Z Ramyo and Anghal Anal went and joined the Naga movement led by AZ Phizo. It has once again became crystal clear that, the Nagas of Nagaland state are wary of the Manipur Nagas with the powerful Naga National Political Groups (NNPG) openly supporting the Nagaland Governor and interlocutor RN Ravi’s work in finding a solution to the vexed Naga problem. The mainland Nagas want no part of the fringe Nagas. It is as simple as that.

Thuingaleng Muivah has been negotiating with the Government of India through interlocutors since 1997 and still there is no end in sight. The secret parleys began in 1995, when the then Prime Minister PV Narisimha Rao met Thuingaleng Muivah and Isak Chisi Swu in Paris on June 15. The then Home Minister Rajesh Pilot again met them in Bangkok in November 1996. Several prime ministers, including HD Devegowda and Atal Behari Vajpayee also met them at various locations outside the country secretly, besides scores of Intelligence and top officials of the Home Ministry, till it became official on June 14, 2001 when the then interlocutor K Padmanabhaiah signed the controversial ceasefire ‘without territorial limits’ with the NSCN-IM leaders. Manipur took exception to the term ‘without territorial limits’ as it was linked with Muivah’s dream of a Greater Nagaland which seeks to bring in contiguous areas inhabited by Nagas in the neighbouring states of Manipur, Assam and Arunachal Pradesh under a single administrative unit called Nagalim along with the state of Nagaland. After intense agitation in Manipur, the Atal Behari Vajpayee government backtracked on the Bangkok agreement and limited the ceasefire to the state of Nagaland only. It was not only Manipur, but both Assam and Arunachal Pradesh also protested against the agreement.

On August 14, celebrated by the NSCN-IM as Naga Independence Day, Th Muivah, had for the first time issued a statement since the talks fell through last year. He stated that the Naga flag and constitution were non-negotiable and that the (framework) agreement included the idea of unification of all Naga people, living in areas across Assam, Arunachal Pradesh and Manipur as well. Although it was a matter of interpretation, the cat is out of the bag. Both the secretive Framework Agreement and Th Muivah’s real demand has come out in the open, though only the issue of flag and constitution is mentioned publicly. After all, his actual plan is to try wresting the dream of ‘Greater Nagalim’ by pushing hard on an impossible demand. Now, UNC has spelled it out clearly. So, if the mainland Nagas do not want them ‘Manipur Nagas’ in proper Nagaland at all, will Thuingaleng Muivah go for the long lost dream of ‘South Nagaland’ now?