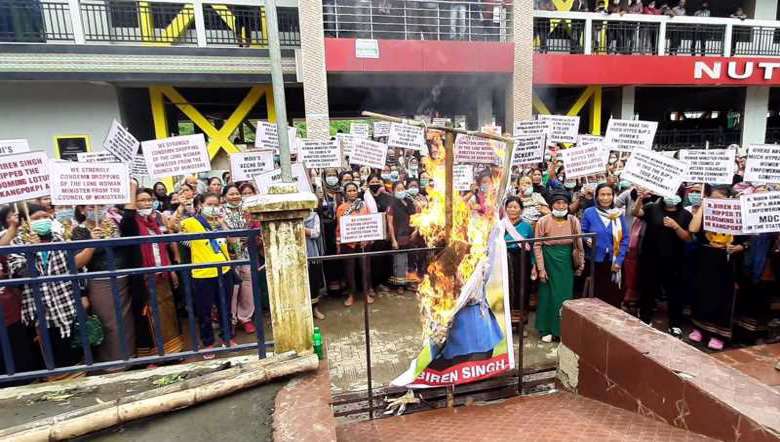 As the question of removing the lone woman minister from the ministerial berth and demand of her reinstatement gains momentum, the Kuki Students’ Organisation-General Headquarters (KSO) has raised its doubt over the dropping of Nemcha Kipgen.

The student body said that two days ago CM N Biren-led BJP-state government had a major cabinet reshuffle, wherein three MLAs, including two tribal MLAs, were dropped from the Council of Ministers. It appears the reshuffle has not gone down well especially with the move of dropping the lone woman minister Nemcha Kipgen, it added.

It further stated the move had raised concern and condemnation from various organisations and some even questioned as to what political strategy it was of the ruling BJP-led government to remove the lone woman representative when the state government should rather promote women empowerment and aim at influencing woman participation.

At a time when the state all over are anticipating and had no objection of 33 per cent women reservation in the state assemblies and Parliament, such an act of removing Nemcha Kipgen baffles logic, said KSO.

“The student’s organisation would like to express the doubts over the motive of bringing down the lone woman representative when the spirit of inclusiveness demands that lone BJP woman lawmaker ought to be given ministerial berth as far as women empowerment is concerned,” said KSO.

It further stated that it was unexpected on the part of the ruling government and termed it as an act of ignorance and negligence. KSO has appealed that the state government must show its commitment following Prime Minister’s ‘Beti Bachao Beti Padhao’ campaign and resolve to the people that it is the land where women are truly empowered and involved in nation-building.