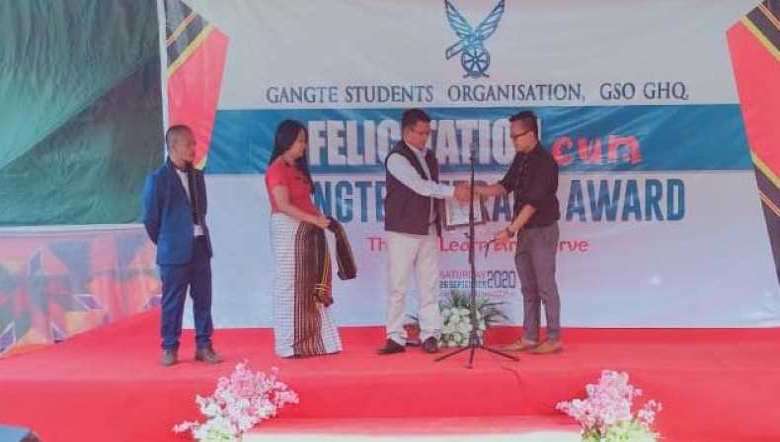 The programme was attended by Henkhopau Haokip as chief guest in the absence of chairman of MANIREDA, GS Haupu and the chief host was Th Neka Gangte. The guests of honour were Dr HH Mate and Lalbiekmoi Gangte and the functional president was chief of Luihoih Molcham village, Hauneihkam.

During the programme, president of GSO-GHQ, Paulallien Gangte distributed prizes of (Late) Lamgul Gangte Memorial Award, GSO Meritorious Awards and Gangte Literary Awards to the students who have excelled in the last Class X and Class XII examinations under different boards.

The chief guest while congratulating the GSO for the programme and the meritorious students said that there is a by-election coming up and told the people to acknowledge the sacrifice made by their former MLA who had resigned not for his wish but for the general interest. He himself was with BJP after a long time in Congress party and will be contesting the coming ADC election and will need support, he added.

Other speakers exhorted the students to strive more and also spoke about the need for infrastructures in further education particularly at Sangaikot TD block.