Medical kits and relief items were distributed in connection with the 70th anniversary of the adoption of the Constitution of India as part of the programme. 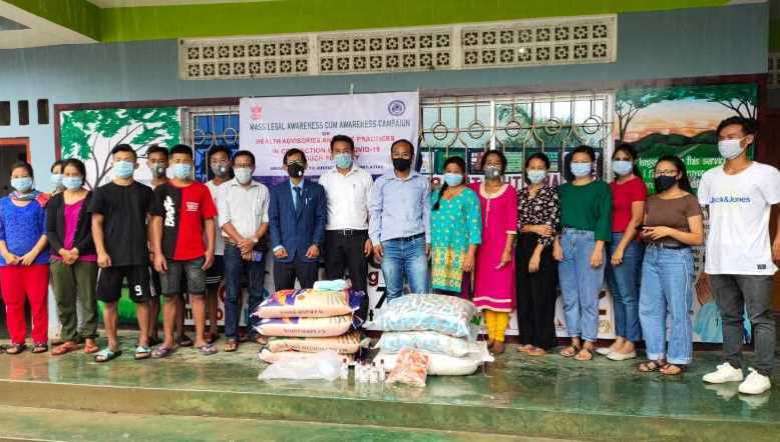 Medical kits and relief items were also distributed in connection with the 70th anniversary of the adoption of the Constitution of India as part of the programme.

On the last day of the awareness campaign, Samom Ibjen, who is also the chairman of DLSA, Senapati visited different media houses of the state and distributed protective kits such as face masks and hand sanitisers.

A release issued by secretary of DLSA, Senapati, A Tarunakumari said that during the week-long programme, relief materials and medical kits were distributed to around 2,000 marginalised sections of the people and to two orphanage homes of the hill districts.

During the programme, Ibjen spoke on the purpose of the said campaign, the need for reaching out to the most marginalised and most far flung areas of the state and the importance of taking care of oneself by maintaining strict guidelines provided by government in connection with COVID-19, it said.

It stated that the judge also spoke on the role and responsibility of DLSA in providing legal aid and assistance to all the marginalised sections of the community and the existence of Legal Aid Clinic and the role of para legal volunteers.