The Lilong Litan Makhong RCC Bridge is to be constructed over Turel Ahanbi near Lilong Bazaar in Thoubal District. 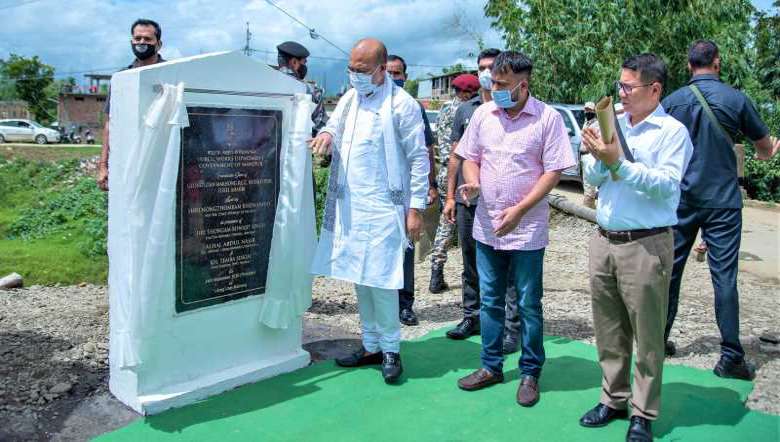 Speaking at the occasion, N Biren Singh said that the government has been feeling the need for an RCC bridge at the locality since quite a long time. As such, the government has decided to construct it there, he added. Stating that it is a modern society and it is not the time for political speeches, the chief minister maintained that the need of the hour is to deliver people’s needs through visible actions and works.

Regarding corruption, Biren observed that people also have their responsibility in eradicating corruption. They should remove the notion from their minds that they won’t get job or their works can’t get done without bribery. It is a fact that nobody can stop qualified candidates from being appointed to their applied posts, he said. As such, one should start a change from oneself, he observed.