Standing crops (rice) were destroyed by the Airport Authority of India and the Manipur police on September 9, 10 and 11, 2020 at Ningombam village, Imphal West. 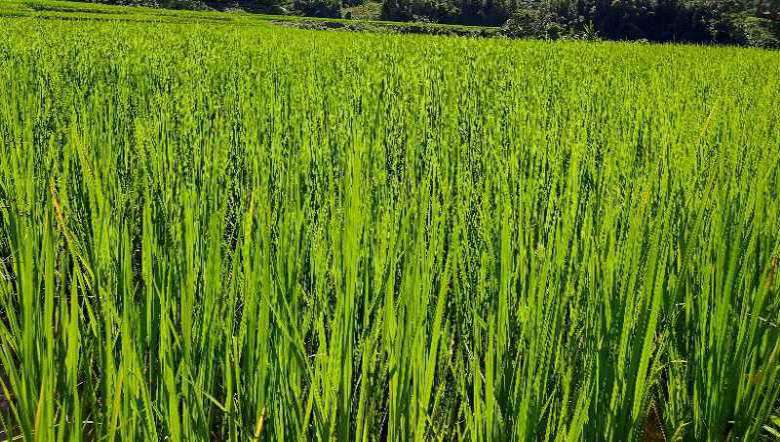 The Agricultural Labours’ Association, Ningombam (ALAN) has sought the intervention of Prime Minister, Narendra Modi to ensure compensation for the standing crops that were destroyed by Airports Authority of India and state police during COVID-19 lockdown at Ningombam village.

The memorandum signed by the president of the association, Ch Noren and its secretary, Ak Baleshwor stated that the farmers have taking up odd jobs for their survival since they were given no rehabilitation that were promised by the then government after acquisition of their land for the expansion of Bir Tikendrajit International Airport.

In a desperate move, the farmers approached the local MLA to request the Airports Authority for allowing them to cultivate the land which remained unutilised since it was acquired in 2009, it said.

As this precarious existence has been abruptly disturbed with the onset of COVID-19 lockdown, the farmers can no longer find any work to make the ends meet. As a result, they took the desperate move of cultivating rice by clearing up about 187.5O acres (300 sangam) by investing around Rs. 25,000 per sangam, it added.

In the memorandum, it is mentioned that ALAN is an association of farmers whose standing crops (rice) was destroyed by the Airport Authority of India and the Manipur police on September 9, 10 and 11, 2020 at Ningombam village, Imphal West.

ALAN is a group of more than hundred households, including those who have been illegally uprooted from their homes and ancestral domain in the year 2009 purportedly for the proposed expansion of the Bir Tikendrajit International Airport. However there was neither a Detail Project Report (DPR) nor an Environmental Impact Assessment (EIA) carried out before they were evicted, it said.

It went on to contend that there was no physical objection from any authority as they toiled on the field the whole day and deep into the night for five long months.

“In fact, the security forces guarding the airport expressed their happiness that the abandoned land has been cleaned up from becoming a semi jungle. All of a sudden, even as the fruit of the hard work was hardly a month away from harvest, the police came and blocked off the paddy fields while some 30 tractors ran over and destroyed the entire cultivation,” it lamented and sought intervention of the prime minister for due compensation.