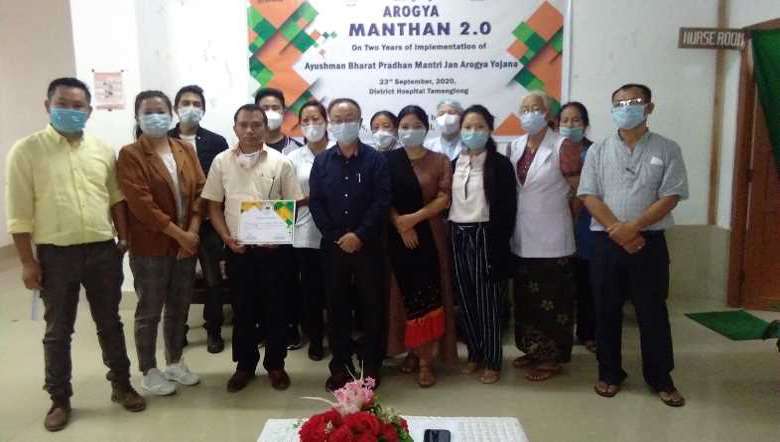 A total of 1,482 people in Tamenglong district of Manipur have been treated and benefited from the Ayushman Bharat-Pradhan Mantri Jan Arogya Yojana (AB-PMJAY) of the total 11,059 people enrolled under the scheme in the district. And, at least 486 people out of 7,884 people enrolled in the Chief Minister Hansel gi Tengbang (CMHT) scheme benefited, the district chief medical officer said on Wednesday.

Tamenglong CMO Dr Chambo Gonmei was speaking at the observance of the 2nd Anniversary of AB-PMJAY scheme at the District Hospital Duigailong, Tamenglong and revealed the beneficiaries of the scheme in the district.

Although the video conference with state Chief Minister Biren Singh was cancelled, a district-level observation was held at the District Hospital Duigailong, organised by Rogi Kalyan Samiti under the District Health Society, Tamenglong.