While talking of land ownership in Manipur

A complete overhauling of the Revenue department along with Directorate of Settlement & Land Records and the offices of the Sub-Registrars are much needed. The Sub-Registrars are responsible for registration of buying and sale of land and always a prized posting. If the minister is sincere enough to cleanse the department, a Commission should be formed to look into the affairs of the department and suggest measures for a much-needed overhaul. 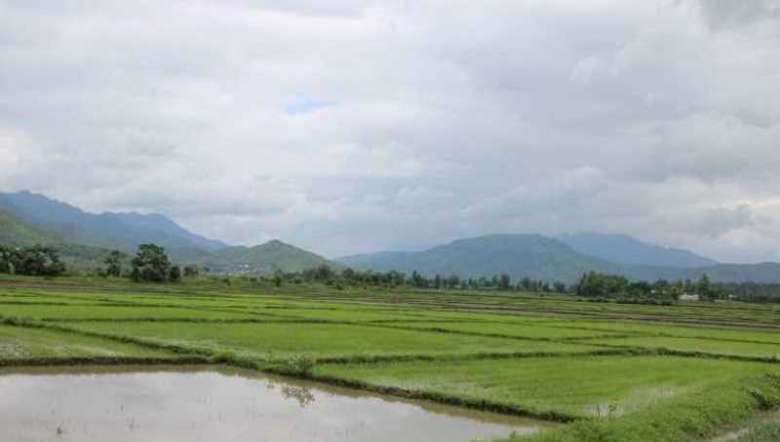 Once upon a time, the most powerful official in the Lourung-Shang (Land Revenue Department) was the Supervisor Kanungo also known as Amin. In the days of yore, they are the King’s agents and revenue collectors. They were respected and feared by the general population as they can make and unmake the ownership rights of the land. When they visit a village, people bestow upon them gifts and treat them like kings, even to the extent of washing their feet and organising a sumptuous feast.

It is said in our ancient chronicles that the office of Lourung-Purel was first established during the reign of Meidingu Loyumba in 11th century and measurement of arable land was first started. The Lourungpurel is the officer in-charge of revenue and granaries, while the Lourungba is the Revenue Officer and Lourungba Macha is his assistant. The Lourungba maintains the land records, settles disputes between individuals and villages, and decides the amount of revenue to be collected.

Imagine the power of these Revenue officials in those times. There is a saying that one should not pick a quarrel with the Lorungba and one does so at their own peril.

These Lourungbas or present day Amins are still powerful. A popular story doing the rounds is that when an Amin and his superior officer Sub-Deputy Collector (SDC) visited a village, the villagers proffered a chair for the Amin while the SDC was left standing. Even today, among the old-timers the Revenue Department is still referred to as Lourung-Shang. While all field activities of the Revenue department are headed by these Supervisor Kanungos (Amin), they are the ones who are conducting land surveys, land measurement besides entry of new pattadars in land records and also maintenance of the land records. The word of the Supervisor Kanungo (SK) is final in determining individual ownership of a land or the actual status of the land in question as to whether it is a homestead land or agricultural land, and these officials are not to be trifled with. It is said, better be friends with the SK than antagonising them for they can bend the land records at their will.

In Revenue circles, it is said that most of the land disputes are caused by corrupt SKs. Even today, they are so powerful that it is very difficult to transfer or take action against them when they are at fault or suspected of tampering with land records.

The Right Honourable Minister of Revenue Mr Karam Shyam Singh seems to be an upright gentleman who has a tendency of not mincing words while expressing his opinions, although he has not been able to achieve much in cleansing the infamous FCS department now known as Consumer Affairs, Food & Public Distribution (CAF & PD) under his watch. Honestly, we must say that a complete overhauling of the Revenue department along with Directorate of Settlement & Land Records and also the offices of the Sub-Registrars are very much needed. The Sub-Registrars are responsible for registration of buying and sale of land and always a prized posting. If the minister is sincere enough to cleanse the department, a Commission should be formed to look into the affairs of the department and suggest measures for a much-needed overhaul.