Individual land ownership in the hills

While there is both community and individual ownership in most of the Naga areas, the ownership is not a part of the state land records system. 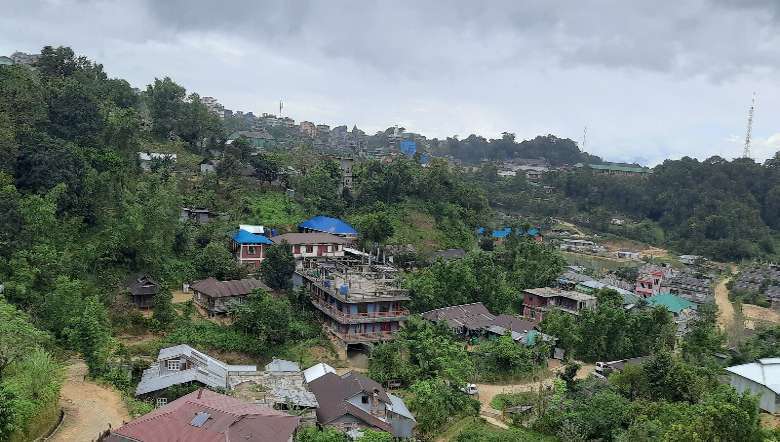 The question of land reforms has always been a problem in the state of Manipur, with certain groups always raising hell over the extension of Manipur Land Revenue & Land Reforms Act, 1960 in the hill areas. The recent outburst by state Revenue Minister Karam Shyam with regard to objections raised by certain sections in the hills against land survey, once again brings into focus the lack of land reforms in the hills which is becoming an obstacle to proper land-use policy and the overall development and welfare of the common people for lack of individual land ownership rights. Certain vested interest groups have created a wrong notion about land reforms and for that matter, land survey. As the minister clarified, land survey does not necessarily mean the surveyed land would be taken over by the Government. It is basically about determination of the area of land owned by each individual and recording of the land owners’ names and other details. He further asserted that all land owners would enjoy full rights over their land irrespective of whether the area has been surveyed or not. But, it is not that easy. The issue of land reforms in the hills had been made very complicated over the years by some powerful lobbies by spicing it with wrong notions of indigenous land rights, an imagined threat perception of the valley people coming to settle in the hills, and of course flavours of sentiment while all the time side-lining the rights of common people in the hills with regard to individual land ownership.

Perhaps, Manipur must be the only state in India which has more than one land-holding system in practice. While the whole of valley area and some parts in the hill districts are covered by the Manipur Land Revenue & Land Reforms Act 1960, there are two land ownership systems in the hills. In the Kuki areas, all of the village land is owned by the chief and the villagers are his tenants living under his patronage, who are given temporary rights for tilling the land on the condition that a portion of the produce should be given to the chief, the landowner. While there is both community and individual ownership in most of the Naga areas, the ownership is not a part of the state land records system. In the lack of collateral in terms of official individual land ownership, banks are often reluctant to give loans to individuals or infrastructural support to hill based entrepreneurs, thereby stunting individual growth and development. Besides the absence of individual ownership rights had generated a general lack of responsibility among the hill people towards the upkeep of the land they till and toil in year after year, thereby leading to rapid land degradation and fertility.

In 1988, the then Chief Minister RK Jaichandra had introduced an amendment bill of the Act of 1960 seeking to extend the provisions of the Act to the entire state of Manipur including the hill areas to enable the Revenue department to make survey and prepare records of rights in respect of the permanently settled areas, wet land rice cultivated areas. The bill was vehemently opposed by the representatives of the hill areas in the Manipur Legislative Assembly. It was projected as an anti-tribal bill by the powerful lobbies active in the hills, which are basically composed of the tribal elite and the powerful chiefs. The iron hand grip over hill sentiment and sway over the hill people of these lobbies was clearly evident in the 2015 agitation against the three bills relating to regulation of non-locals in the state of Manipur, in Churachandpur district. What they conveniently chose to ignore was the fact that the MLR & LR Act was already operative in Churachandpur town and parts of Khuga valley. It was simply because of the extension of the state land tenure system that Churachandpur became the second largest town in the state. The extension was made possible by the 1988 amendment of the Act, where a proviso was added to extend the whole or any part of any section of this Act to any of the hill areas of Manipur also by an executive order. So, it is time for the other district headquarters based towns to get a taste of the benefits of the MLR & LR Act and see for themselves the changes lying in wait for transformation. Why should Churachandpur town only enjoy the benefits of Act?