Environmentalists in Manipur, in conversation with IFP, pointed out the need to dig into the root cause of water problem, saying hill people are not responsible for degrading of forest areas that has destroyed water sources in the state. 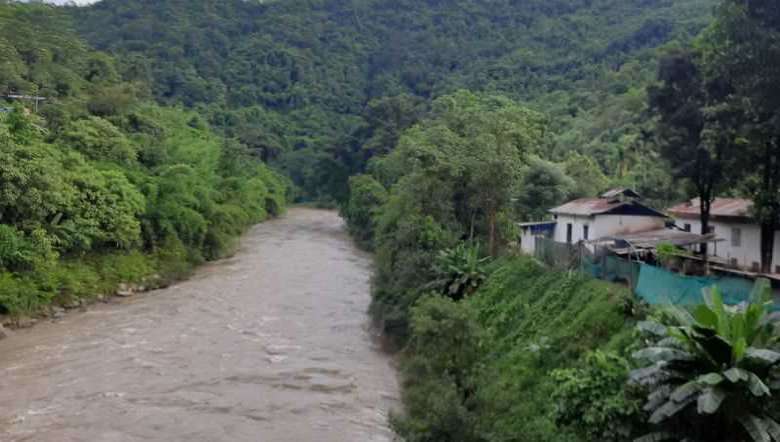 Manipur, with its lush valley dotted by ponds, lakes and rivers and surrounded by green hills and mountains all around, is known for its rich biodiversity. “In view of it, there will be no issue of water sources dying out if the huge forest areas and its ecology are protected,” social activist in the state Kh Ramananda pointed out.

However, large-scale destruction of forest in the name of development in recent years has destroyed the natural cycle of many natural sources, including water sources. In view of it, there is an urgent need to push for a massive and expansion tree plantation drive across the state to restore the natural cycle of forest conservation and water resources and for sustainability of life on earth, Ramananda, a retired teacher, said.

During monsoon, the vegetation in the forest or in the plain sucks the rain water and the rain water is released during lean season through the roots of the plants and trees, he explained.

Each community in Manipur has its own traditional knowledge system and ritual associated with the conservation and preservation of forest since ancestral time. But the rituals have long done away with and are practiced no more. Man’s greed for materialistic things that comes with urbanization and development has resulted in the degradation of forest areas today. Years ago, young people used to go to the hills to collect firewood for cooking purposes but people, now, depend on LPG gas and forest trees are used for other commercial purposes, he said.

It may be pointed out that hill people are not responsible for degrading forest areas. Don’t look only at jhum cultivation and cutting down trees, look at the root cause, Ramananda added.

In an effort to study the adverse changes faced by the people, this IFP reporter visited several river bank areas of Manipur and interacted with experts and the older generation who have witnessed the transition of major water sources through the years. Majority of the older people expressed that the changes taking place in the rivers are caused by deforestation. They say there is no immediate problem of water but expressed concern for future availability of water.

Since it is an-age-old practice in the hill districts of Manipur, several villagers cut down trees for cultivation of crops and to make charcoal for fuel and earn their living.

“I know cutting trees may have a negative impact on the forest but I have to survive. There are no alternative means of livelihood without cultivation,” one Ramakahao from Tamei hill sub-division said, adding, “I am not the only one cutting down trees for cultivation or for making charcoal to sell. There are many who cut down trees for commercial purposes, he said.

It may be pointed out that charcoal from Tamei is in high demand. The wood used makes fine-burning quality charcoal.

“Today, water supply from the reservoir has reached every household. So there is no water problem. The issue is earning money to send my children to school and to manage the household,” he added.

However, the construction of the Ithai barrage dam resulted in the destruction of large agricultural land, which in turn led to increased degradation of forest area.

“After the construction of the Ithai barrage dam, it has become very hard for me to survive on the hill top as most of the agricultural lands are submerged. So, I started clearing forest areas for cultivation to cultivate crops,” said one Khayaola Kashung from Ramrei village.

However, as Ramananda pointed out, apart from cultivation purpose, cutting down trees for other commercial purposes is increasing in the state. Some village heads of hill districts namely Ukhrul, Tamenglong, and Churachandpur claimed that they have stopped jhum cultivation. They started slope land cultivation for livelihood. They do not face water shortage during lean season, some village heads expressed through phone calls.

Speaking exclusively to the Imphal Free Press, environmentalist Jiten Yumnam said that in the hill area, many forest land which has been kept as community reserved forest has been changed into agricultural land. He, however, said, we cannot only blame the people of the hill, as many development works are being started in the hill by destroying the forests. In the name of Act East Policy, the work which has started by clearing forest has put pressure on land. Land pressure in the hill district has increased due to population, livelihood, and development work. All these activities ultimately affect the forest area.

Yumnam also said the railway construction in the hill is clearly a violation of forest law. Blasting of the hills carried out in constructing railway tunnels has affected the soil, which is very fragile. Further the state government has signed MoU for mining. In the name of development, the destruction of forest is continuing. In this condition, conservation of forest or water is a distant dream.

Forests cover tree patches of size 1 ha and more are having canopy density more than 10 per cent. However, trees occurring in patches of size less than 1 ha, including scattered trees are assessed through sampling-based methodology. Tree cover of Manipur has decreased by 47 sq km as compared to the previous assessment reported in ISFR 2017.

According to the forest department of Manipur, having a forest cover of more than 77 per cent of its geographical area, Manipur Forests are providing invaluable ecosystem services to the people of Manipur.

Manipur has a unique topography with a vast valley located at the centre surrounded by hills from all sides. Due to dense forest cover in the hills, many of the rivers and streams originate in the hills and flow into the Manipur valley. Forests of Manipur play a crucial role in maintaining the water/moisture regime of Manipur soil. The dense tree cover maintains the water quality and its availability for various purposes like drinking water, irrigation etc., in the rivers, streams/fountains of Manipur throughout the year.

However, there are many reports of water scarcity during lean season and floods during the rainy season in several pockets of the state. People of Manipur since the last several years have faced changing patterns of rainfall and temperature. During the rainy season, the rivers of Manipur will flow with large volumes of water and during lean season there is no water in the rivers of Manipur.

It may be noted that forests play an important role in flood control by reducing the flow of surface runoff, increasing the moisture absorption by soil and recharging the aquifers. Forests are very much beneficial for the entire population of Manipur where flash floods are frequent because of the hilly topography, according to the department of forest report. However, destruction of forests continues in every hill district.

Huidrom Birkumar said the extensive deforestation has also led to the emergence of a new phenomenon--increased floods during monsoon. The forests have suffered due to pressure on land, decreasing cycle of shifting cultivation, exploitation of forest for timber and the lack of scientific management strategy. And the hill people who are depending on forest for livelihood should be given alternative means.

Manipur, with its larger part of it under hills area, has natural springs, streams and fountains which are used by the community as perennial water resources. For conservation of such very important water resources for the community, the department of forest said it is focusing on spring shed management by maintaining the forest covers in those areas and soil conservation measures.

It is a fact that forests help control the water cycle by regulating precipitation, evaporation and flows. Layers of forest canopy, branches and roots can store and release water vapour, which controls rainfall. Forests can also help reduce the impacts of flood from storms by blocking and slowing down the flow of runoff. Deforestation weakens this process, leading to irregular rainfall patterns, including drought and flooding.

The Directorate of Environment and Climate Change report on water resources has mentioned that spring in the hill has started vanishing due to forest degradation. At the same time spring's vanishing effects on water source, the de-charge point of spring into water has destroyed. The natural cycle of water storage has been declining. For Manipur, rivers play a major role as sources of water for both domestic and other purposes. However, many river catchments are undergoing rapid change caused by human encroachment.

Jiten Yumnam said forest conservation is very important for the state to maintain its ecology. Degradation of forest means destroying natural cycles all around. Trees that grow in the forest absorb rain water during the rainy season and release it during the lean season. In the forest, water absorbed is released through the water spring. From the water spring, it reaches the river and maintains environmental flow of river water. But the pattern has begun changing due to forest degradation as the perennial river of the state has been destroyed. Extensive environmental studies, application of scientific strategy and monitoring of any policy or work will help in conserving forest, he added.