Government steps up move to curb malnutrition in India

The Union ministries of AYUSH and the Women and Child Development signed a memorandum of understanding on Sunday in New Delhi for controlling malnutrition in the country. 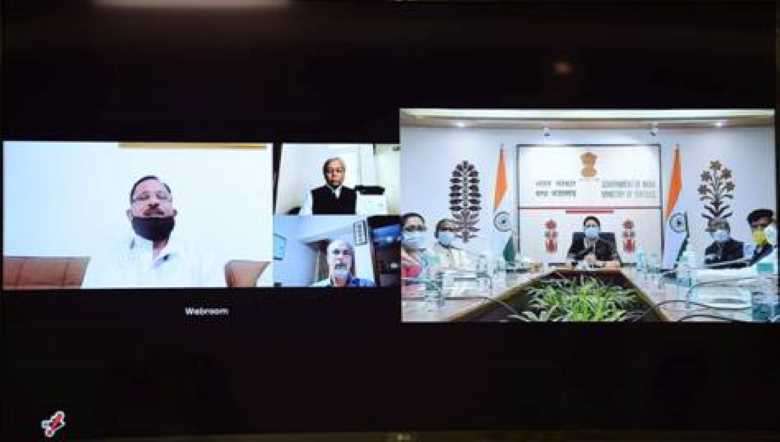 In a bid to curb the problem of malnutrition in India, the ministries of AYUSH and the Women and Child Development signed a memorandum of understanding on Sunday in New Delhi. The MoU is aimed at finding scientifically proven Ayush-based solutions being adopted for controlling malnutrition in the country as a part of POSHAN Abhiyaan.

The collaboration of efforts of both the ministries will go a long way in tackling the problem of malnutrition in mothers and children in the country, Irani said, adrresing the gathering. She said that Nutri-gardens and medicinal gardens will be established in every Anganwadi in near future.

Ayurveda and other AYUSH systems have much to contribute in dealing with mild and moderate malnutrition by way of many specific measures such as right intake of diet by the pregnant women, feeding practices by lactating mothers, use of traditional products augmenting milk secretion, nutritional food for children etc, Shripad Naik said. He said that India enjoys the distinction of having the largest network of traditional health care systems which are widely accepted owing to its wide accessibility, affordability, safety and trust of people. This has given the ministry leverage to integrate relevant system of medicine where it has wider acceptance, the release stated.

The release stated that the MoU entails the AYUSH and WCD ministries to work together towards integrating Ayush in POSHAN Abhiyaan and management of malnutrition through the principles and practices of Ayurveda, Yoga and other Ayush systems. POSHAN Abhiyaan or National Nutrition Mission is Government of India’s flagship programme under WCD Ministry to improve nutritional outcomes for children, pregnant women and lactating mothers.

The specific areas identified for co-operation include: (i) Integration of AYUSH into POSHAN Abhiyaan and (ii) Control of malnutrition through the principles and practices of Ayurveda, Yoga and other Ayush systems, the release added.