In the present digital age, the provisioning of the internet, access to digital resources, community learning modules, etc. are some of the immediate initiatives to empower children for blended learning in rural areas. However, the moot point is it is the individuals involved in the schools at the functional level and not the policy framework that can fetch the desired qualitative improvement in the education of children. 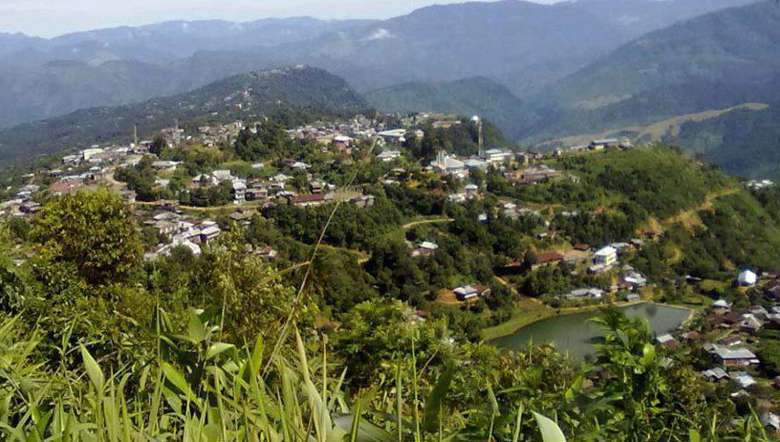 India has seen tremendous expansion in school education since independence as evinced by the literacy rate being 12 per cent in 1947 compared to 77.7 per cent for persons aged above seven years as per the available report of the National Statistics Office out of which rural literacy is 73.5 per cent and urban literacy is 87.7 per cent.

Looking at the population above 15 years of age, the number of illiterates in the country is 13.9 per cent and 31.5 per cent in rural and urban areas respectively. This may point towards the persons not getting chances of study or did not study intentionally to become literate at least. So, the general understanding of creating literates says that the availability of primary schools and access to them can make everyone literate. But a look at the statistics of the geographical location of primary school with regard the households, 92.7 per cent of rural households and 87.2 per cent of urban households have schools within one kilometer from the house.

Without consideration of the quality of education, scrutiny of the statistics bespeaks the difference between the pattern of school education opportunities and education seekers in rural vis-a-vis urban areas of the country. Surprisingly, despite more number of households having accessible primary schools in their proximity, free mid-day meal scheme, free education, and constant push to achieve 100 per cent literacy by the government, the illiterates are there with their numbers being more in rural areas.

The perspicacity of school education in rural India calls for delineating the factors responsible for poor rural education. The patent truth of the rural population aspiring to get education in urban schools testifies the poor quality of education in rural schools. Consequently, the assessment of stark reasons for it becomes imperative for holistic improvement in school education firstly as it is the foundation for subsequent levels of education. The redressal of the challenges faced in the education of the rural population which is nearly two-thirds of the country’s population holds the key for a worthy educated nation. Some of the ostensible issues for truancy from schools in the rural part of the country are:

- The preoccupation of children in economic activities

- Lack of interest in education

- Predominating engagement in domestic affairs leaving no time for education

- Failures and inabilities to cope up with the studies in schools

- Location of schools being difficult to reach

The issues listed above affect both rural and urban populations, however, the poor financial health of the former makes it concerning for being resolved. However, in the case of a child entitled to pre-primary and primary education, the reasons like their involvement in economic activities and domestic affairs do not augur well as an excuse for abstaining from schools.

As regards, the economic condition, the promulgation of the Right to education and free education up to 14 years age which is enhanced in National Education Policy (NEP)-2020, has widened opportunities for the lower segment of society, but the impact is majorly limited to public schools i.e. the government schools. The divide between public schools and private schools is worrying across the country, but the percolation of this distinction down to the rural area creates anxiety.

The perception of the quality and effectiveness of teaching-learning processes in private schools being better than public schools needs thorough rumination at the school level and at the level of regulators alike in rural and urban areas. It is evident that those with good financial standing in rural areas too aspire for getting their children educated in private schools even after paying heavy fees. In spite of the public schools following rigorous process for selecting good quality teachers, paying good salaries to teachers, providing reasonable infrastructure, free education, mid-day meal, etc. the education quality is not perceived comparable with those of private schools having entirely contrasting scenario on the referred attributes. Obviously, something serious is something missing in public schools in rural areas in particular because of which despite inadequate financial capacity, the children are pushed to private schools for better quality education. The nonchalance of public school teachers due to appalling service conditions, far off locations of schools from their places of stay, over-regulation, poor support system, short staffing, non-competitive environment, social influencers interfering in school affairs, lack of recognition, uninspiring and demotivating school and local governance, etc. appear prima facie misses in public schools i.e. government schools.

In the present digital age, when literacy and numeracy are essential for survival, the absence of any child from schooling opportunity is conspicuous and alarming. Those missing from schools up to the primary level should be brought to schools for getting enabled for dignified survival.

The recent onslaught of COVID on the education system has largely affected the teaching-learning processes in rural areas due to the prevailing digital divide. The online model of education should be seen from the perspective of those who do not have access to IT resources due to their geographical and socio-economic conditions. The rural areas need requisite strengthening of public schools for negotiating any such disruption in the future. The provisioning of the internet, access to digital resources, community learning modules, etc. are some of the immediate initiatives to empower children for blended learning in rural areas.

Looking at the future, it is discernible that the universalization of education has seen reasonable emphasis in the NEP-2020, and the challenges of access, retention, enrolment, and quality education are destined to be resolved in a newer policy framework. The integration of the role of Anganwadi workers and their centers in pre-primary and primary education with the existing schooling framework may yield better early childhood care and education, provided the functionaries involved in the processes are committed for bringing the prescribed changes.

The moot point is that it is the individuals involved in the schools at the functional level and not the policy framework that can fetch the desired qualitative improvement in the education of children. The sound foundational education is the prerequisite for qualitative improvement in subsequent higher levels of education and the rural population being a major share of the country’s population deserves good quality education through a well laid framework of educational opportunities. Good school education in rural India will also offload the constantly increasing burdening of the urban education system along with rolling out a larger number of worthy educated citizens.