The site for medical college has been approved by the state cabinet and the chief minister will be inaugurating soon. 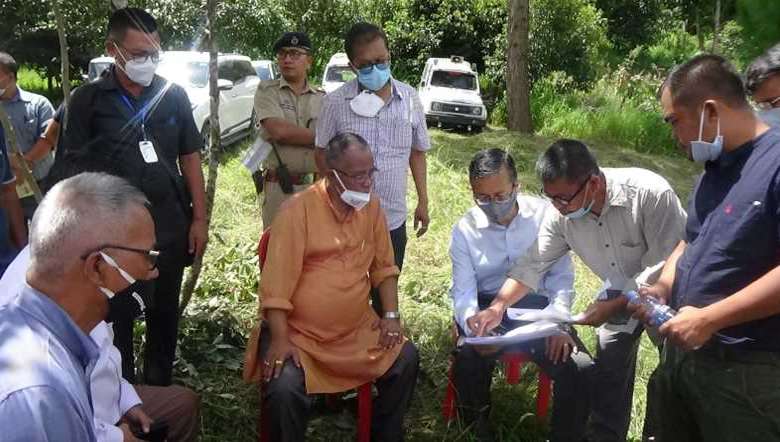 The site for medical college has already been approved by the state cabinet and the chief minister will be inaugurating soon.

The team was accompanied by deputy commissioner of Churachandpur, chief medical officer, executive engineer of PWD and others at the site where the district administration and village authority of Mata village had started cleaning the land of 23 acres where the medical college will be built. The team also inspected the area of the medical college and its boundaries, for which the reports will be submitted to the state chief minister.

Speaking to the media persons at the proposed site, Jayantakumar said that after the proposal was made to the Central government and the subsequent approval from the state cabinet, the inaugural stone will be unveiled in later this month or in the early part of next month. The minister also said that such a medical college is in pipeline to be set up at Chandel and Thoubal but right now the focus is on Churachandpur district.

He also said that the medical college will be a joint project between the centre and state in a funding ratio 90:10 respectively. Presently, the estimated cost for construction is Rs 329 crore, out of which Rs 263 had already been sanctioned in the 23 acres of land and the date of completion is yet to be decided.

The medical college is proposed to be called as ‘Hill Institute of Medical Sciences’ and is subjected for the approval of the state government and the groundwork has already been started by PWD Churachandpur. After all the formalities, the works will be executed by Manipur Police Housing Corporation Ltd.